Arjun Kapoor is all set to impress us with his period fim Panipat helmed by accliamed director Ashutosh Gowariker. Arjun has been sporting a new look for the film and has even beefed up to play the part of a valiant Maratha warrior Sadashiv Rao Bhau. 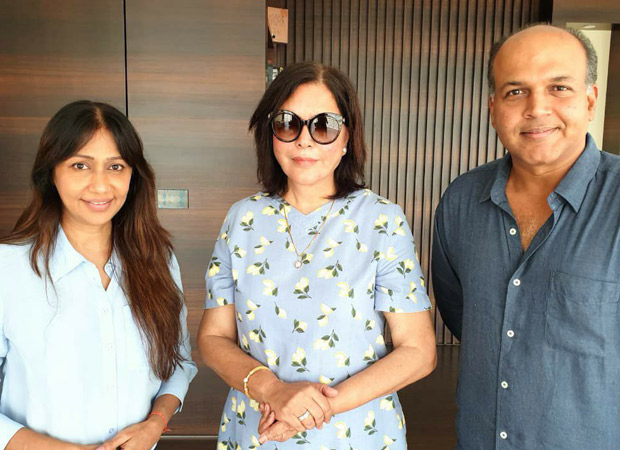 Latest update on the film is that Arjun is set to share screen space with Zeenat Aman who will be seen after a while on the big screen. Zeenat will be seen in a cameo as a feisty Mughal leader and warrior Sakina Begum. She would be an ally to Arjun's character in the movie. Though a cameo, Zeenat's character is set to be powerful and will take the story ahead.

Sakina led the province of Hoshiyarganj and lived within the confines of her kingdom, away from the politics of the region. She played an important part in the battle of Panipat when the Peshwas turned to her for help.

Speaking about this latest addition to the stellar ensemble cast of the film, Ashutosh excitedly said, “It is an absolute honour and a fan moment to be directing Zeenatji. There are many many of her films that I have loved and especially her work in them. What is most fascinating about her, is her humility despite all the stardom.” Ashutosh further adds, “I am excited to reveal her look in the film now but can’t.”

This is not the first time Ashutosh has worked with Zeenat as they did a film together back in 1989 called Gawaahi.

The film also features Sanjay Dutt, Arjun Kapoor and Kriti Sanon in pivotal roles, and is produced by Sunita Gowariker under their home banner AGPPL in association with Rohit Shelatkar's company – Vision World. The film is scheduled to release on December 6, 2019.

It's a wrap! Sajid Nadiadwala's Tadap…