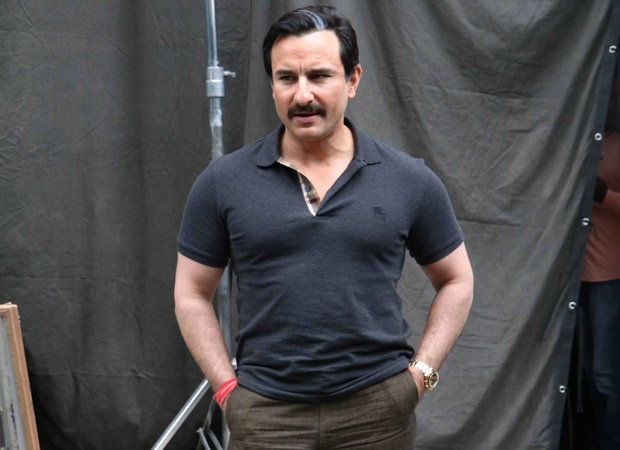 Just a few days ago, we had reported that Saif Ali Khan was all set to make his digital debut with the Netflix originals’ Indian show, ‘Sacred Games’. The actor, who is currently in the midst of shooting of the same in the city, suffered a foot injury on the sets of the series.

The action drama, which features him in the role of a cop, Sartaj Singh, went on floor almost a month ago. Saif Ali Khan recently revealed that he has a swollen foot owing to the injury and when consulted a doctor, it was diagnosed as a minor ligament tear. Talking about the same, while the actor agreed that it was terribly painful, he also assured everyone that it is getting better.

Furthermore, Saif Ali Khan also maintained that he did not take a break after the injury neither did he take any time off to recover. While the actor believed that he would be out of action for some time, he also jokingly added that Vikramaditya Motwane [director of Sacred Games] made him shoot for an action sequence in the bathroom with his injury. But the actor doesn’t regret the same but instead appreciated his ability to heal wounds fast.

Also, referring to yet another recent injury incident, where he wounded his thumb on the sets of his film Kaalakaandi, Saif Ali Khan stated that he generally gets hurt because of his own carelessness and doesn’t blame it on anyone. He also mentioned that he is quite capable of handling the same and doesn’t mind these minor setbacks as far as he can be on his own.

Excited about his forthcoming release Chef, Saif Ali Khan is gearing up for promoting the same. The actor will also be seen in Kaalakaandi whose release date is yet to be finalized and he will also star in Nikkhil Advani’s Baazaar.