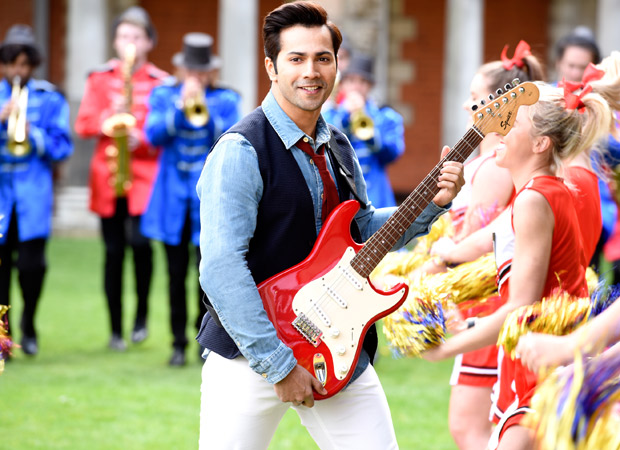 No sax please, we are Indians. The saxophone is normally considered a sexy instrument. So shall we keep it that way? David Dhawan, it seems, crossed “limits of decency” (and I quote a CBFC source) when in his new comedy rocker Judwaa 2 he got his son Varun Dhawan to play Lord Krishna in a song playing the….no , not the flute…but the saxophone.

Outraged on behalf of a nation that has lately become more protective about its sacred cows, the censor board members clamped down on David’s “harmless fun” (as the film’s team describes it).

Says a source close to the film, “It was all in fun. In a song-and-dance sequence Varun dresses up as Lord Krishna and plays the saxophone. The censor board has asked all the shots of Varun Dhawan as Lord Krishna to be removed.” To David Dhawan’a shock, the censor board accused him of hurting religious sentiments.

“How can your son play Lord Krishna?” they argued, forgetting that BJP’s blue-eyed boy Akshay Kumar had played Lord Krishna in Umesh Shukla’s Oh My God.  “And how can Lord Krishna play the saxophone? It’s blasphemous!” the censor board declared, leaving Dhawan and his producer Sajid Nadiadwala no choice but to remove the ostensibly offensive references to God.

A source from the CBFC which doesn’t wish to be named says the era of mythological is over. “You can’t cast any actor as Rama or Krishna. Human beings can no longer play God.”