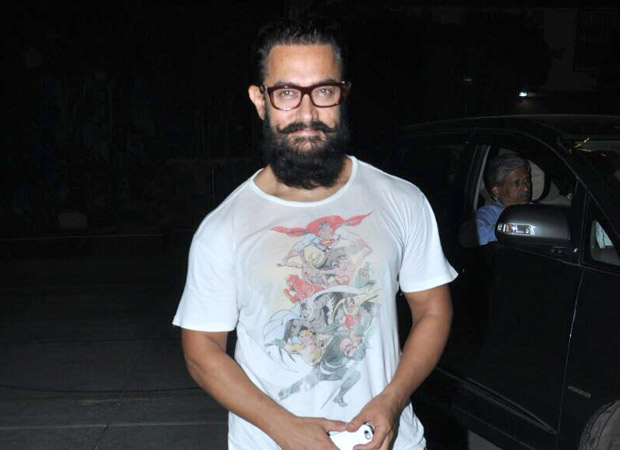 His last film Dangal broke records at the box-office and now Aamir Khan is gearing up for his manager Advait Chandan’s Bollywood debut Secret Superstar. The actor, amidst his preps for upcoming projects and other commitments, took some time out to shoot for a Marathi show and apparently also revealed a new side to his personality.

Aamir Khan recently shot for an episode of the comedy show ‘Chala Hava Yeu Dya’ and everyone present at the show were in for a surprise when the actor broke out into a small jig of sorts. It so happened that when the anchor of the show, Nilesh Sable asked Aamir Khan about his brush with Marathi cinema, Aamir not only spoke about Natrang but after a pause started singing the famous song from the film, ‘Apsara Aali’.

Besides this, Aamir Khan also confessed that he loves Marathi cinema which has been churning out good content and also spoke about how much he liked Fandry and Sairat. In fact, the actor also expressed his desire to produce and act in Marathi films and in order to showcase his seriousness on the same, even went on to mention that he has been learning Marathi of late and by the time he’ll do a film in the language he’ll be quite fluent at it. He also added that he likes Misal Pav, a popular part of Maharashtrian cuisine.

On the Bollywood front, besides Secret Superstar in which he has an extended special appearance, Aamir Khan has been signed for Thugs of Hindostan which also stars stalwart Amitabh Bachchan. He will also be seen as an astronaut in a biopic on Rakesh Sharma.