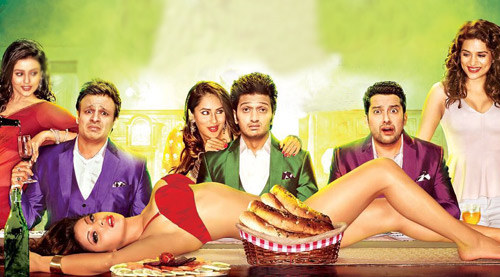 After the honourable High Court's historic judgment reversing the cuts in Abhishek Choubey's Udta Punjab that were ordered by the Censor Board Of Film Certification, another judgment reversing the CBFC's Revising Committee's cuts for Indra Kumar's sex comedy Great Grand Masti once again proves the growing redundancy of the CBFC.

In another benchmark decision the Film Certification Appellate Tribunal (a.k.a The Tribunal) upturned all the cuts ordered by the CBFC.

All the cuts ordered by the EC were restored. After this the Tribunal asked the makers of Great Grand Masti to make their own cuts.

Says a source, "The makers were given the prerogative to take voluntary cuts. They made 6-7 token cuts and came back to the Tribunal who passed the film without further ado. After the honourable High Court's verdict on the cuts in Udta Punjab and the Tribunal's 'voluntary cuts' for Great Grand Masti, the CBFC has been reduced to a mere rubberstamp."