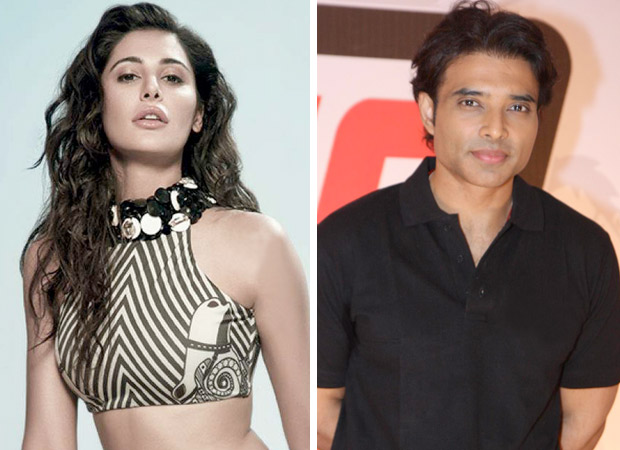 While getting involved in link-up rumours is a part and parcel of a Bollywood celebrity’s life, often the stars come out in the open to accept or clarify these speculations in order to avoid any more of gossip. Nargis Fakhri who recently became a victim of one such media speculation reacted as well as clearly asserted her point of view on social media.

Couple of days ago, Nargis Fakhri was seen hiding her face from the paparazzi when she was spotted in the airport along with alleged beau Uday Chopra. While the latter was all smiles, Nargis made every attempt to cover her face. This only further sparked rumours about the two rekindling their alleged lost romance.

Miffed with the continuous speculations about her love life and some of them even claiming about her marriage with Uday Chopra, Nargis Fakhri decided to put an end to all these speculative reports by responding to the same on social media. The actress posted, “Wow u guys really love making stuff up. now who started this rumor. I think u r dying for me to marry someone.”

This is not the first time where the two have been linked up. Prior to this, there have been many reports about the two dating and even their alleged break-up. In fact, their social media chats often came under scrutiny when the two of them were seen posting and re-posting content. Although Nargis had earlier accepted that Uday is an integral part of her life she retained that he is only a friend.

Nargis Fakhri who was seen in films like Azhar and Housefull 3, will now be seen along with Rajkummar Rao in the film 5 Weddings.

Centre tells Supreme Court that ‘some…