Last Updated 27.11.2021 | 10:59 PM IST
feedback language
follow us on
Bollywood Hungama » News » Bollywood News » How I Met Your Mother spin-off How I Met Your Father to premiere in January next year

Hulu’s How I Met Your Mother spin-off How I Met Your Father is all set for release next year. The premiere date is set is set on January 18, 2022. The news was announced on Wednesday in a video featuring series stars Hilary Duff, Francia Raisa, Suraj Sharma, Tien Tran, Chris Lowell, and Tom Ainsley. 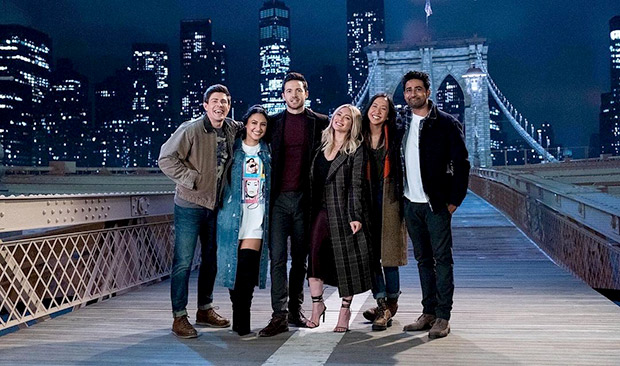 The story of How I Met Your Father, written by Isaac Aptaker and Elizabeth Berger, is set in the near future, where Sophie (Duff) is telling her son the story of how she met his father: a story that catapults back to the year 2021 where Sophie and her close-knit group of friends – Jesse (Lowell), Valentina (Raisa), Charlie (Ainsley), Ellen (Tran) and Sid (Sharma) — are in the midst of figuring out who they are, what they want out of life, and how to fall in love in the age of dating apps and limitless options.

As previously reported by Deadline about the exclusive the addition of Sex and the City star Kim Cattrall to the cast in the role of Duff’s Sophie in the future, who is telling her son the story of how she met his father, much like Josh Radnor (and Bob Saget’s) Ted Mosby did in the original series.

Besides, Duff and others, the recurring cast includes Daniel Augustin, Ashley Reyes, and Josh Peck.