Kangana Ranaut is reuniting with her Queen co-star Rajkummar Rao in an upcoming film, Mental Hai Kya. The shooting of the film began earlier in May in Mumbai. They are currently in London where they began their next schedule. Meanwhile, it was learned that Kangana is also reuniting with her Gangster director Anurag Basu for a film. Now, the latest reports suggest that Rajkummar Rao has been roped in to star as the male lead. The film titled Imli will be Rajkummar and Kangana's third outing together after Queen (2014) and Mental Hai Kya (2018). 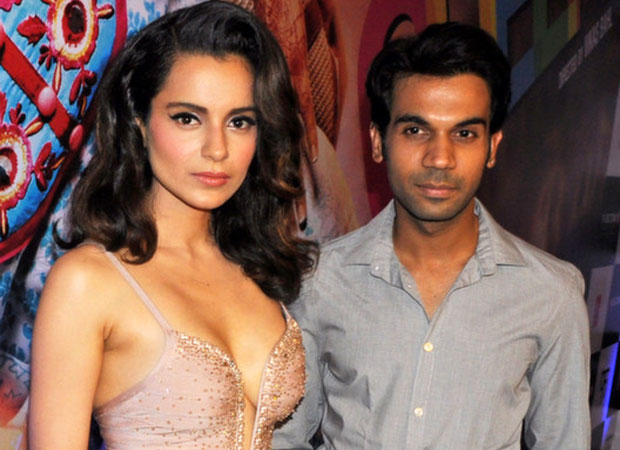 According to a leading daily, Rajkummar Rao loved the script and has signed the project. This will be the first time he will get an opportunity to work with Anurag Basu. As it a love story and Rajkummar is a fan of love stories, he is super pumped about it. It is like a dream come true for the actor who has always wanted to be a part of Anurag Basu movie. The film will go on floors in November this year.

Kangana Ranaut will be reuniting with Anurag Basu after Kites. She made her debut with Gangster (2006) post which they came together for Kites. Followed by which there were rumours of the fallout between the two. But, it seems like those her just rumours.

Kangana, on the work front, is awaiting the release of Manikarnika – The Queen of Jhansi. She will be seen in Ashwiny Iyer Tiwari’s next as a Kabaddi player. Kangana also has her next production in which will essay the role of an older woman.

Meanwhile, Rajkummar Rao is busy with the shooting of Prakash Kovelamudi’s Mental Hai Kya with Kangana Ranaut in London. He has three films this year- Fanne Khan, Stree and Ek Ladki Ko Dekha Toh Aisa Laga. Rajkummar is also set to reunite with his girlfriend Patralekhaa on Hansal Mehta’s next film, Swagat Hai. He has also signed Dinesh Vijan’s comedy flick Made In China and Luv Ranjan's comedy film.