By now. readers would be aware that the Indian Film Festival of Melbourne was a star-studded event with many Bollywood celebrities gracing the same. Rani Mukerji was one amongst them who was presented with the honour of hoisting the Indian National Flag at Melbourne Federation Square last week. She hoisted it alongside the Premier of Victoria, similar to the chief minister, Daniel Andrews. 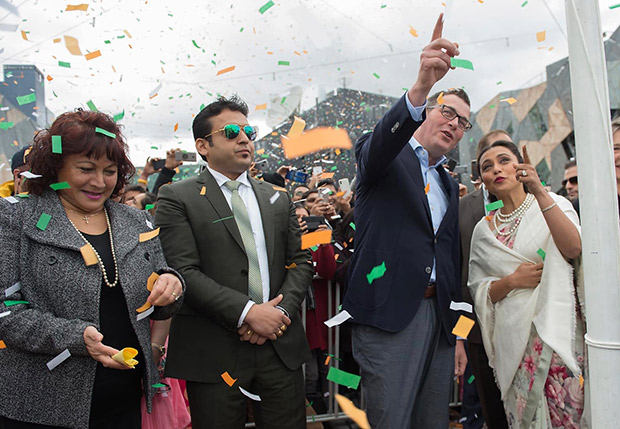 A source close to the development described about the flag hoisting evening adding, “Being the charmer that Rani is, she charmed the premier too with her speech and also sang for him. The actress broke into a funny version of ‘Kuch Kuch Hota Hai’ and audiences loved it.

“The premier was so taken by Rani's superstardom also had a conversation with her about Bollywood and the workings of it. Considering that Rani's life partner, Aditya Chopra, is a man who has made extremely successful films and runs one of India’s biggest production houses, they also spoke about the workings of Bollywood. Rani definitely seemed to have floored the premier who announced that he will be starting a 5 million dollar grant to help Bollywood movies be shot in Australia. The premier announced on his website and social media that he will be putting in the money to boost the economy and bring in investment from the Indian Film Industry,” added the source.

Taking on Twitter, here’s what Daniel Andrews had to say about fostering the growth of Bollywood in Australia:

If re-elected, we'll set up a special fund to make it easier for blockbuster Bollywood movies and Indian cinema to be filmed here. It'll bring in more visitors, boost our economy...and help us build our very own Vollywood.

Richa Chadha and Ali Fazal to head to Egypt…