A couple of months ago we received the first look of Mammootty as the leading man of Yatra. Based on the life renowned politician and two-time Chief Minister of Andhra Pradesh, the film depicts the life journey of Y.S. Rajasekhara Reddy and his works for his people. Being one of the most loved politicians, the teaser of the biopic will be unveiled during the weekend. 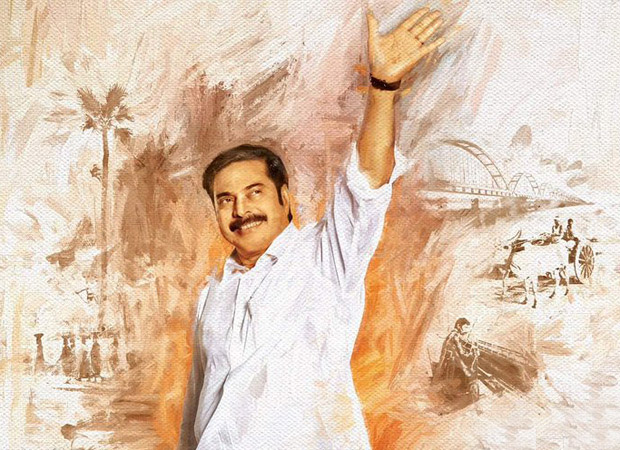 Considering the popularity of YSR, as he is fondly addressed as, the teaser of the film is expected to release on July 8. Yatra is directed by Mahi V Raghav and essentially showcases the much famous padyatra [foot journey] that the popular politician undertook as a part of his election campaigns in 2004. Not only did he win during those elections but Rajasekhara consecutively became the Chief Minister yet again in 2009 after successfully ruling the state for five years.

However, unfortunately, in September 2009, the politician was killed during an helicopter accident that happened in the Nallamala Forest. The padyatra undertaken by Reddy became an iconic moment not only in the history of Andhra Pradesh politics but also created a stir in national politics. YSR was preceded by Chandrababu Naidu who was the Chief Minister before Reddy.

Speaking of essential characters, Yatra will have Jagapathi Babu playing the role of Reddy’s father Raja Reddy. Followed by that Rao Ramesh as the best friend of YSR from his medical college days, KVP Ramachandra Rao, Suhasini Mani Ratnam as Sabitha Indra Reddy etc. will be seen in the film. The other key characters in the film include politician Chandrababu Naidu, Reddy’s son Jaganmohan Reddy etc.

Talking about the film in recent reports, Raghav revealed that even though the film is based on politician, it will not touch upon politics. In fact, it is a human drama that focuses on the good deeds of the politician. The director also maintained that they have informed Jaganmohan, son of Reddy, about the biopic.

Tie your laces and get ready for the walk of a lifetime.. Glimpse of our YATRA on July 8th - the Birth Anniversary of our People's Leader - YSR.. #YSRForever #YATRA #YatraTheMovie #70mmYatra #70mmEntertainments