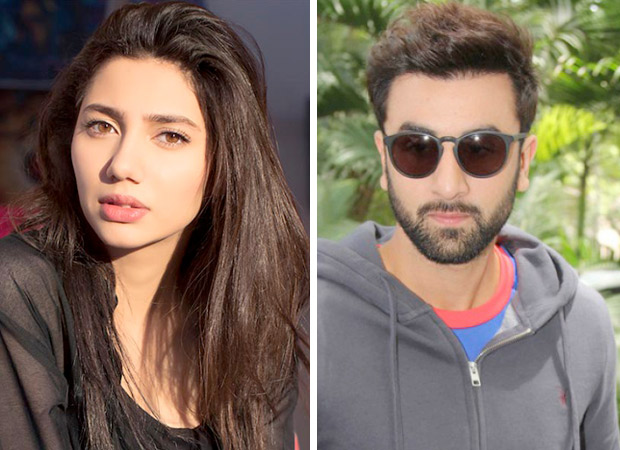 Ever since her pictures with Ranbir Kapoor have gone viral on the web, Mahira Khan has been receiving flak from several Pakistanis for her attire and smoking. While it fuelled up gossip stories about her alleged relationship with the Bollywood Kapoor lad, it also left many of her fans offended after she was spotted wearing a backless outfit as well as smoking. The actress has now decided to come out in open and has spoken to the Pakistani media regarding the controversy.

Mahira Khan reportedly spoke to a Pakistani website named Something Haute earlier this week wherein she confessed that the incident had left shattered and broken but every time she wanted to respond to the trolls, she would often be left blank because she couldn’t figure what to write. “I’d be lying if I said that I decided right off the bat that I wouldn’t respond to this controversy. And I’m a very strong woman but when all of this happened, I was completely shattered and broken. I would think about posting a statement every day. Then I would stop myself because I just wouldn’t know what to say,” Khan was quoted saying to the website.

She further admitted to apologizing to old ladies she would come across who questioned her on the controversy since Mahira Khan believed that the comments directed towards her were not because of hatred but because of the varied thought processes of two generations. Speaking to the website, she added, “To be honest, I understand where all the criticism came from and it didn’t come from a place of hate. I’m not talking about the trolls but those who were genuinely disappointed to see those pictures. It’s the same disappointment that my nani [maternal grandmother] or my mamoo [uncle] would have felt seeing that. So even now when I meet an older lady who says that she didn’t like the pictures, I’m quick to apologize.”

While she decided to maintain that she has committed mistakes in the past and may not be a perfect role model, she also thanked some of her other fans who came out in support of her. She also expressed her happiness about the changing narrative in Pakistan, especially considering that she too was a part of it.

Mahira Khan also stated this to the website, “People ask me if I’m a good role model for my fans, and my response to that is that yes, I am a good role model but I’m not the perfect role model. I am human, I make mistakes. And I was really happy to see that there were so many people who stood up for me. It goes to show that the narrative in Pakistan is changing, and if nothing else, I’m happy to have been part of that narrative.”

While this is the first time where Mahira Khan spoke about the controversy openly, the actress had even taken a stand hinting at the same, when she was announced as the brand ambassador of L’Oréal in Pakistan.