Sridevi passed away on Saturday night in Dubai and sent the nation into shockwaves. According to the early reports, she passed away because of a cardiac arrest. She was found unconscious in her bathroom and was declared dead upon arrival at Rashid Hospital in Dubai. She was put up in Dubai’s Jumeirah Emirates Tower Hotel and had stayed back after the wedding festivities of her nephew Mohit Marwah got over. Her husband Boney Kapoor and younger daughter Khushi went back to Mumbai. But, Boney had returned on Saturday to surprise Sridevi with dinner when this fateful incident happened.

1:00 am: Salman Khan and producer Ramesh Taurani arrive together at Sridevi's Lokhandwala residence to pay last respects. The crowd continues to gather around the entire Green Acres in Mumbai. From media to fans, everyone has gathered to pay respect to the first female superstar, Sridevi. 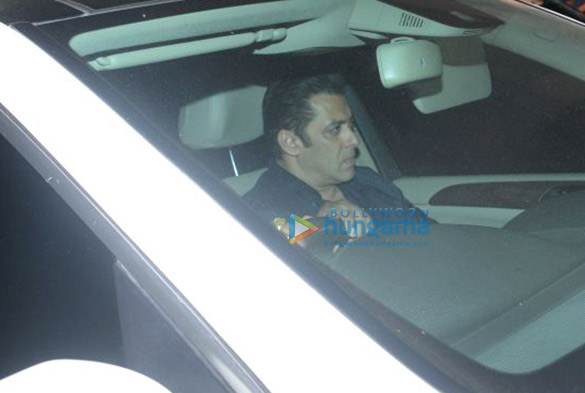 22. 40 pm: The ambulance reaches Lokhandwala. Heavy police security around the ambulance. Huge amount of crowd has gathered near the place. The film fraternity members have also reached. The cremation will take place on Wednesday at 3:30pm. The condolence meet will be held at 9:30 in the morning.

22. 18 pm: The ambulance with Sridevi's mortal remains has left the Mumbai airport. They will be reaching Boney Kapoor's residence, Green Acres in Lokhandwala.

21. 55 pm: Sonam Kapoor also arrives at the airport with Anil Kapoor to be with the family. Sridevi's mortal remains will be taken to her Green Acres house in Lokhandwala, Mumbai from Gate No.8. 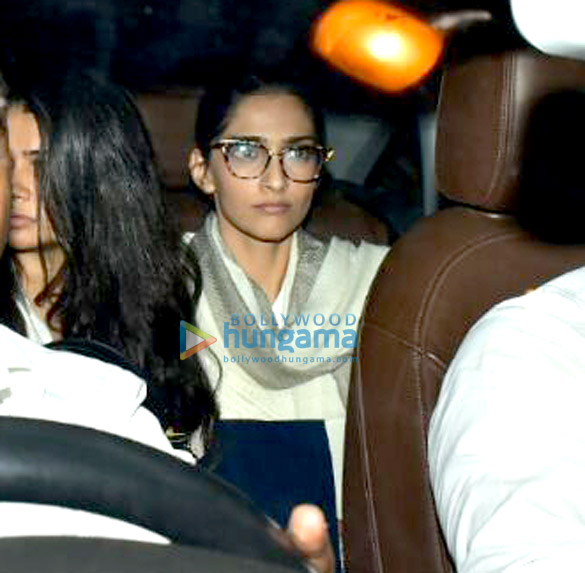 21: 38 pm: The aircraft carrying Sridevi's mortal remains has landed at the Mumbai airport. According to the reports, around 10 individuals are in the flight, including Boney Kapoor, Sanjay Kapoor, Arjun Kapoor, Reena Marwah and Sandeep Marwah. 20.20 pm: A Mumbai airport official said that the Embraer aircraft carrying Sridevi’s mortal remains left Dubai around 7 pm (IST). The plane is expected to land in Mumbai round 9.30 pm. As per reports, Sridevi's mortal remains will be taken to Boney Kapoor's residence in an ambulance from Kokilaben Dhirubhai Ambani Hospital. The security has been beefed up.

17.00 pm  – Sridevi's embalming certificate is out and the body is ready to be brought back to Mumbai. Mortal remains of the legendary actress to touch the city by late evening. 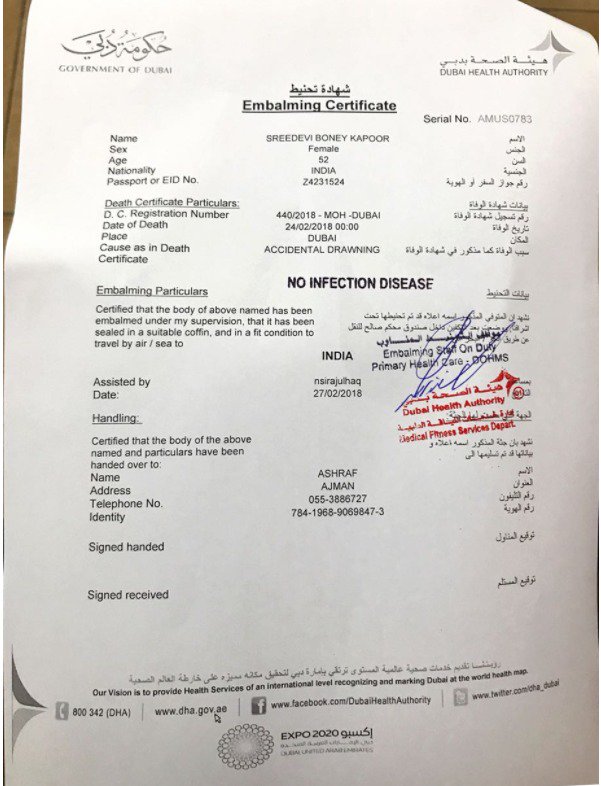 16.00 pm – Case closed by authorities. Sridevi's mortal remains handed over to the family. According to an official spokesperson of Dubai Media Office,  Dubai Public Prosecution has approved the release of Indian actress Sridevi's body to her family after completion of a comprehensive investigation into circumstances of her death. The case has now been closed.

10. 00 am  –  Boney Kapoor is questioned by Dubai Public Prosecution. Hotel staff asked to recreate the sequence of the day of Sridevi's death. DPP is still not satisfied with the autopsy report and the events leading to the superstar's death. Embalming of the mortal remains gets further delayed.

5. 35 pm – Death certificate of the actress issued. Dubai Police has transferred the case to #Dubai Public Prosecution, which will carry out regular legal procedures followed in such cases. Reportedly, the actress's mobile reports are being checked. 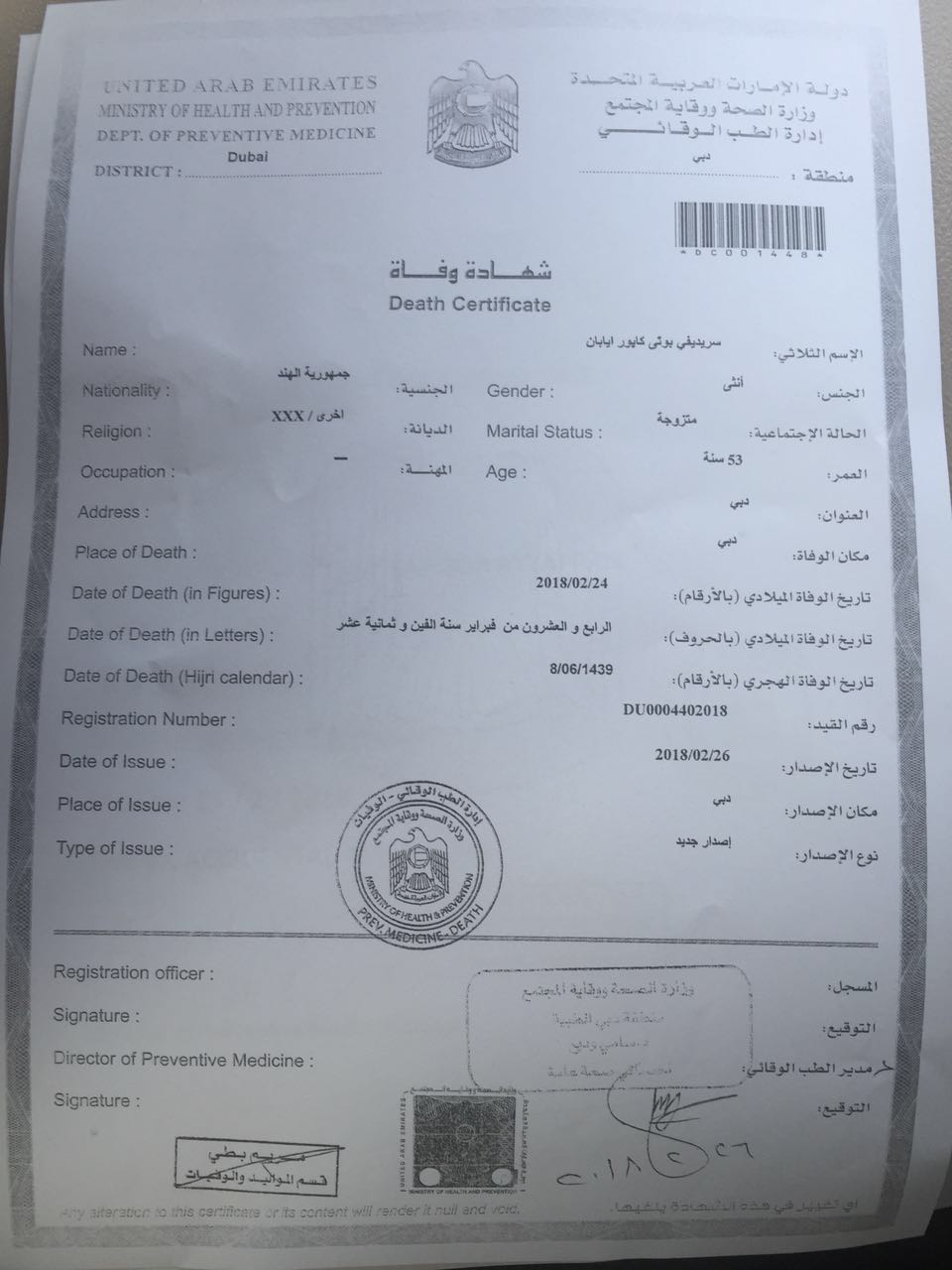 4.45 pm –  Forensic report claims the actor died of accidental drowning and there were traces of alcohol found

3.15 pm – Forensic report to be handed over to the next of kin in two hours

3.00 pm – Death certificate in process, Sri’s passport to be cancelled

2.30 pm – No second autopsy to be conducted, report Khaleej Times

1.00 pm – Bollywood celebs Honey Irani, Farhan Akhtar and millions of fans gather at Anil Kapoor’s house. Hospital authorities said that more tests needed to be completed and other formalities too needed to be sorted. The expected time of release of Sri’s mortal remains for 3-4 hours.

12.30 pm - As reported, officials of Rashid Hospital updated that the autopsy process got delayed and would take a couple of hours more.