Only recently it was announced that Prabhas will be collaborating with Bhushan Kumar once again after Saaho for Om Raut’s directorial, Adipurush. The film revolves around the triumph of good over bad and it will feature Saif Ali Khan as Lankesh and Prabhas as Ram marking their first on-screen collaboration. Saif Ali Khan’s portrayal of the antagonist, King of Lanka, was confirmed a few days ago and the film will involve a lot of ancient forms of sword fighting and archery. 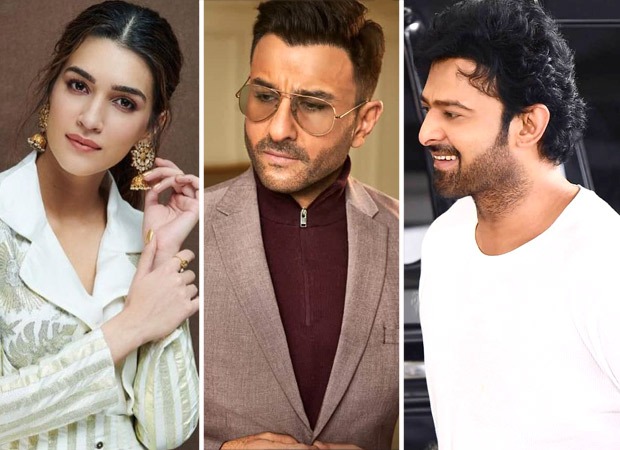 While there were a lot of speculations regarding the female lead roped in to play Sita, the likes of Anushka Shetty, Kiara Advani, Anushka Sharma, Keerthy Suresh were expected to be a part of the film. But, the makers have reportedly now got Kriti Sanon on board who seems to be on a roll with signing films, Adipurush being her sixth film scheduled to be shot between November 2020 and August 2021. Currently, she is shooting for Hum Do Humaare Do with Rajkummar Rao, post which, she will be working on Bachchan Pandey with Akshay Kumar, then moving on to Bhediya with Varun Dhawan, Kriti is said to have two more films lined up followed by Adipurush.

The film is being said to be shot in a studio against a chroma screen and director Om Raut has been in talks with the VFX artists that have worked on films like Avatar and War. Slated to release on August 11, 2022, Adipurush is going to be another mammoth-sized mythological film in Prabhas’ kitty after the Baahubali franchise.

Also Read: Kriti Sanon to have a packed slate in 2021