KGF: Chapter 2 is currently making several records, not only at the box office collection but also by setting several world records and defeating other films in terms of advance opening and voluminous fandom. After a globally popular football team went gaga over the success of KGF, a national football team ‘Laliga’ is currently in love with the film. 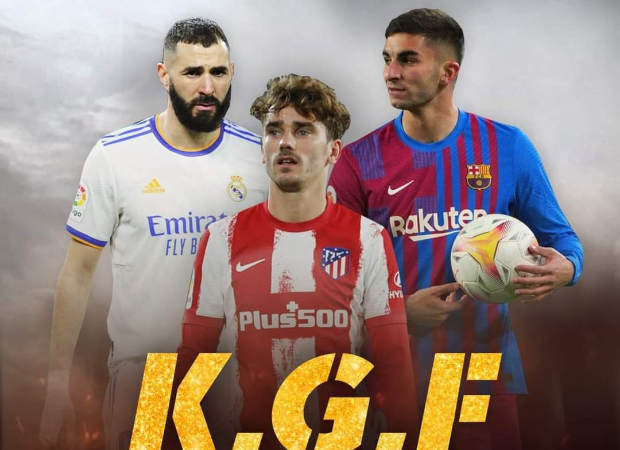 The official handle of Laliga, a national football team, posted a poster with pictures of three of their finest players, KGF: Karim, Griezmann and Ferran, and with the name of the film written on it.

Released nationwide on April 14, 2022, in Kannada, Telugu, Hindi, Tamil, and Malayalam, K.G.F.: Chapter 2 is written and directed by Prashanth Neel.

The film is presented in North-Indian markets by Ritesh Sidhwani and Farhan Akhtar’s Excel Entertainment and AA Films. Excel has given super hits like Dil Chahta Hai, Zindagi Na Milegi Dobara, Dil Dhadakne Do, and Gully Boy to name a few.