Followed by the many donations of actors across the world, recently, it was Prabhas who came to the forefront after making a generous donation to the Kerala Floods Relief Funds. The Baahubali star specifically found an admirer in Kerala Minister Kadakampally Surendran, who recently not only appreciated him for kind heart but also slammed many Malayalam actors who failed to make a contribution to the funds for the state. 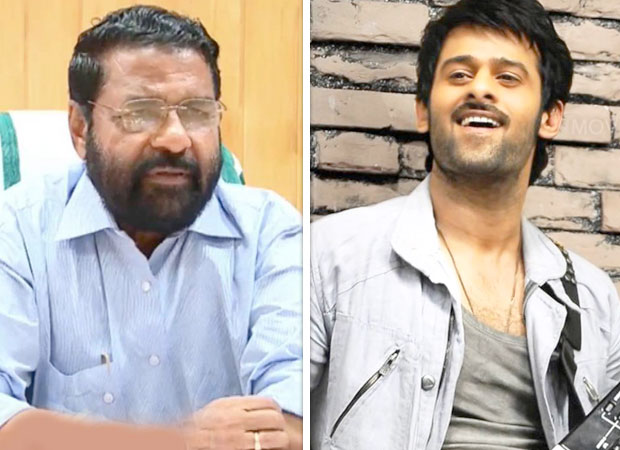 Baahubali star Prabhas donated Rs. 1 crore as a part of the Kerala Flood Relief Funds, an initiative that was started by the Chief Minister of Kerala. In fact, we hear that the actor even visited the state after he came to know the tragic condition of the flood victims. Heaping praises at his kind hearted nature and generosity, Kerala Minister Kadakampally Surendran expressed his anger over Malayalam artists who earn more that Rs. 3 crores per movie but haven’t raised any funds despite the disastrous condition of the state and the people living there.

In a recent speech made by the State Tourism Minister, he said, “We also have many Malayalam artists who earn more than Rs. 3 to 4 crores per movie. We have to find them. But in Andhra [Pradesh], there was someone who had no idea about the Malayalam industry, donated Rs. 1 crore. He did not hesitate. In fact, he even came to visit the state after the tragedy struck.”

Not just him, actress Sheela who made a contribution of Rs. 5 lakhs to the flood relief fund, also said, “There are so many who own cars worth Rs. 3 to 4 crores and this is the kind of contribution they give to the people residing in the same state.” Here’s a video of the same that was shared on the internet by a Malayalam news channel:

While in Malayalam actors it was superstar Mammootty and his son Dulquer Salmaan who donated Rs. 25 lakhs together, there were many from the Tamil and Telugu industry who too contributed to the funds. It included Allu Arjun, Kamal Haasan who made a donation of Rs. 25 lakhs each, Chiyaan Vikram who made a contribution of Rs. 35 lakhs and a day ago, musical maestro A R Rahman too donated Rs. 1 crore that he earned from the concert.