Last Updated 01.02.2023 | 8:30 PM IST
feedback language
follow us on
Bollywood Hungama » News » Bollywood News » Katrina Kaif reveals the most precious thing at her home and it spells LOVE in bold!

Katrina Kaif is gearing up for release of the horror-comedy PhoneBhoot where she plays the role of a ghost for the first time. With the release date nearing, the actress was on an extensive promotional spree. At a recent interaction, she was quizzed about the precious thing at her home and her response definitely made VicKat fans go ‘aww’. 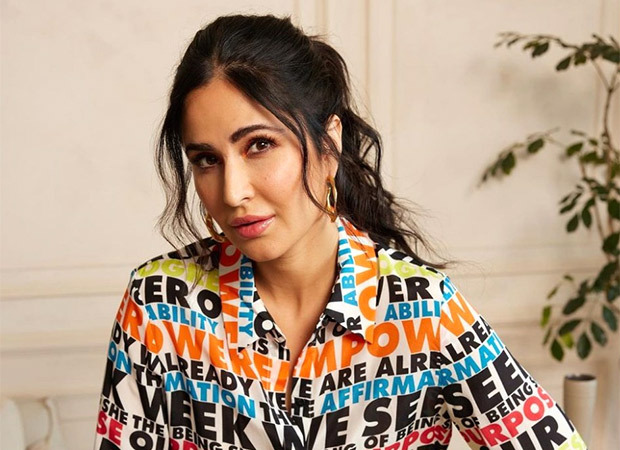 Katrina Kaif reveals the most precious thing at her home and it spells LOVE in bold!

When Katrina Kaif was asked about the most precious thing at her home at a recent Instagram live session, the actress responded to it by adding, ‘it is my husband’. Her reaction garnered a lot of lovely reactions, especially from fans who love the romance between the couple. Vicky Kaushal and Katrina had kept their relationship a secret until they tied the knot in Rajasthan last year in December. The couple also celebrated their first Diwali and attended many bashes recently in the city. Their appearances together received a lot of love from fans as they adore their beautiful chemistry.

Post giving the mushy answer, the actress continued her response adding, “The precious things I have will be my books.” Fans of Katrina would be aware that the actress is a bookworm, and has a library at her house.

Coming to PhoneBhoot, the film will also star Siddhant Chaturvedi and Ishaan Khatter. With Jackie Shroff playing the antagonist, the film revolves around Katrina getting together with the boys on a mission to help trapped spirits to attain salvation and peace. Directed by Gurmmeet Singh, the film is produced by Excel Entertainment and is slated to release on November 4.

Besides PhoneBhoot, the actress has Sriram Raghavan’s Merry Christmas with Vijay Sethupathi as well as YRF’s Tiger 3 with Salman Khan and Emraan Hashmi in the pipeline.