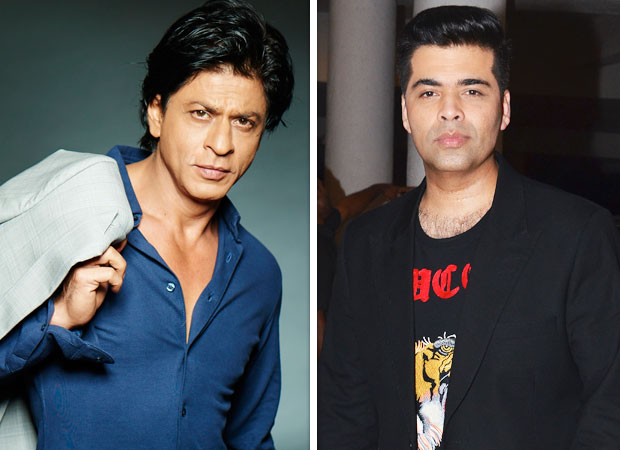 They are best friends in real life but having them together on stage is nothing short of a riot. Their oratory skills with the hint of wicked humour have time and again won hearts and this time around, we once again will get to see Karan Johar sharing the stage with Shah Rukh Khan. While the latter has often been the first guest in the chat show with Karan as the host, this time around the two have exchanged places.

Readers may be aware that Shah Rukh Khan will be hosting TED talks in India and Karan Johar will be the first guest on the show. The duo, reportedly, has even started shooting for the same. From what we hear, Karan Johar and Shah Rukh Khan shot for the first episode of the show today at a studio in Mumbai. While further details are awaited, we must say it will be interesting to see Karan Johar giving an inspirational talk to the dreamers with his interesting anecdotes.

On the work front, Karan Johar will be making a sequel to the famous launchpad film Student Of The Year with Tiger Shroff as the lead in the second instalment. There are speculations that Chunky Panday’s daughter Ananya will be roped in as the leading lady in the film but there has been no confirmation on the same.

Coming to TED talks, while Shah Rukh Khan has been part of the international version, he will be hosting the Indian version of the same that will go on air from October onwards. As for Shah Rukh Khan’s shoot schedule, it is being said that the actor will wrap the shoot of this season by the end of this month.