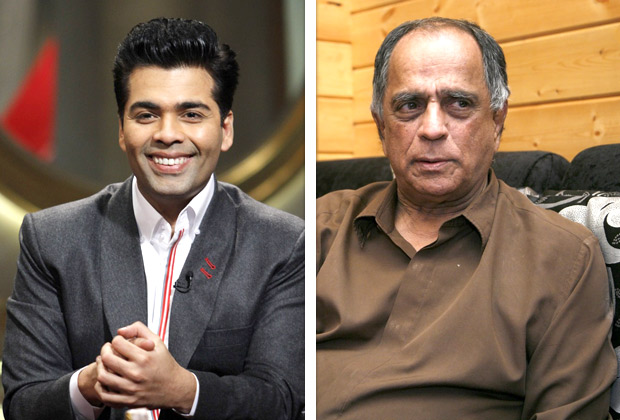 The chairperson of the Central Board Of Film Certification (CBFC) is aghast at reports that Karan Johar decided to donate to army welfare only after MNS chief Raj Thackeray’s persuasion.

Completely repudiating the report, Nihalani says, “Karan had decided to donate to army welfare six days before he met Raj Thackeray. I have proof of this. On October 16, Karan called me to ask for the Defence Minister Manohar Parrikar’s number. He told me he wanted to do something for the families of the martyred jawaans. There was no bullying involved in Karan donating for this noble cause. Why do we doubt a person’s good intentions when there is ample proof that he means well?”

Rising to Karan’s defence Nihalani says, “Karan Johar loves his country as much as you or me. And he doesn’t need to prove it to anyone. He has inherited his love for the country from his father Yash Johar. I remember Yashji would go with Sunil Dutt and his troupe to entertain our jawaans at the border. Once Karan’s father had spearheaded a march in support of Latur’s earthquake victims from Mehboob Studios to the Mantralaya in Mumbai. We can’t doubt Karan’s patriotism or expect him to provide monetary proof of it just because he cast a Pakistani in his film.”