Actor Akshay Kumar is currently promoting his upcoming film Bachchhan Paandey in full swing. Recently, the actor along with the cast of the film including Arshad Warsi, Kriti Sanon, and Jacqueline Fernandez came to The Kapil Sharma Show to promote his first film of the year. However, this is not his first visit to the show since it returned with the new season. 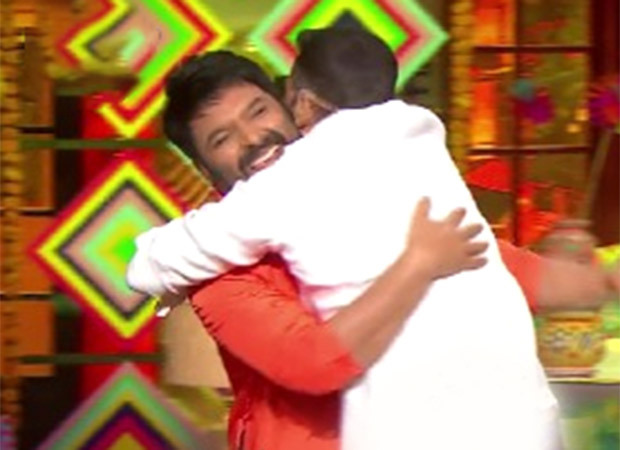 Akshay Kumar who is known for his witty sense of humour never fails to pull Kapil Sharma's leg on the show. However, this time Akshay will be seen kissing the comedian, leaving the audience in splits. In a new promo shared on the official Instagram page of Sony Television, Akshay explains the side effects of Holi.

He said, "Jinki shakal dekhni bhi nahi hoti hai na woh bhi muh pe rang laga kai, gale mil kai jaate hai. Geeli geeli chummiya deke jaate hai (The faces of those we don't like to see, even they apply colour on you and hug you and kiss you)". To demonstrate this, Akshay tightly hugs Kapil and plants a kiss on his cheek, leaving the comedian helpless.

Akshay's gesture towards Kapil has really shocked everyone as it was last month when rumours about Akshay Kumar being upset with Kapil Sharma started doing the rounds. It was after a behind-the-scenes video from The Kapil Sharma Show featuring Akshay leaked on social media. Reports claimed that Akshay had decided to not promote his upcoming film Bachchhan Paandey on Kapil’s show because of this.

ALSO READ:Akshay Kumar clears the air about his alleged rift with Kapil Sharma