Kapil Sharma and Ginni Chatrath are all set to get throw yet another reception, staying true to the latest trend of throwing multiple gatherings set by celebrities like Ranveer Singh – Deepika Paduone, Priyanka Chopra – Nick Jonas among others. Kapil and Ginni are set to throw a lavish party in Delhi for Kapil’s bureaucrat and politician friends. Kapil wants to entertain all the top notch government officials that he keeps interacting with and has developed contacts with. The reception will mostly take place in February this year after Kapil gets a break from shooting his ongoing episodes of The Kapil Sharma Show season two. Currently, he is absorbed in the same and is working hard to re-establish himself as a comedian after taking a sabbatical last year. 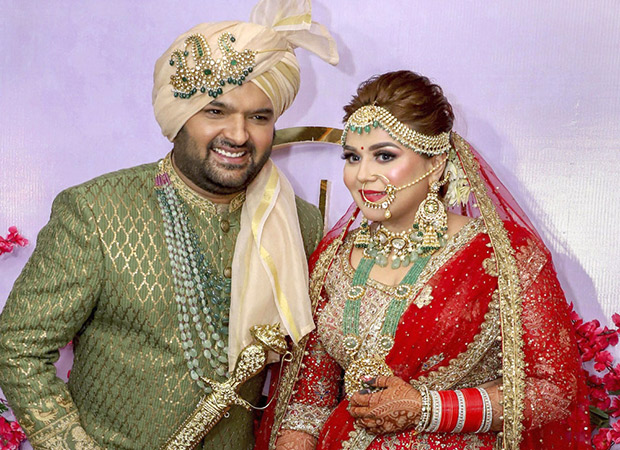 Kapil’s second season of the show is going really well and has been consistently on the top of the TRP charts. While Kapil is doing really well after getting relaunched with The Kapil Sharma Show yet again, there were recent reports of him flirting with a woman crew member which left his team a little disgruntled. Apart from this, there have been no instances as such on the sets of the show and Kapil has taken it off from where he left it last year.

Kapil also had organised an annual musical night at his home recently where Mika Singh, Shaan performed among other artistes. His family was there including wife Ginni Chatrath. It was a merry evening where everyone had a gala time!