Kangana Ranaut is all set to make a smashing comeback with her ambitious next Manikarnika — Queen Of Jhansi. The film will release on January 25 and Kangana is looking to ascertain her position and the box office with this period drama. While promoting the film, she has been making provocative statements and has been stirring the hornet's nest of her controversies yet again. In an interview recently she spoke about what happened after she called Karan Johar a flag bearer of nepotism on his show, Koffee With Karan. She claimed that though the filmmaker apologized to her, there was a barrage of open letters coming from all quarters against her and KJo made sure that he along with the industry singled her out. 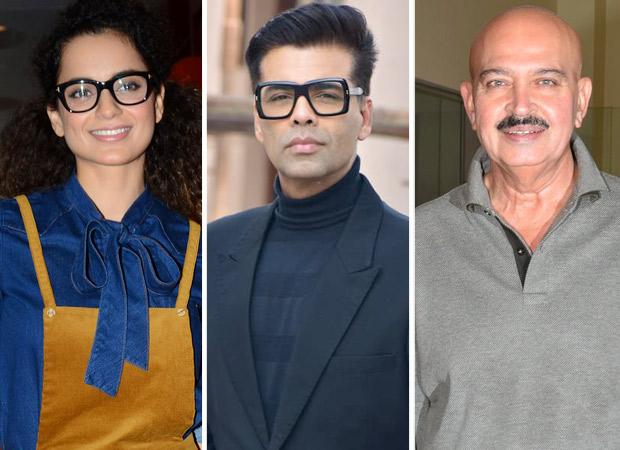 Kangana Ranaut also spoke about her famous legal battle with Hrithik Roshan and his father Rakesh Roshan. She said that while the Roshans claimed that they have something on her which will destroy her, it never actually got anywhere. She also threw light on her feud with Sonu Sood in the sets of Manikarnika and Aditya Pancholi's case against her. She claimed she's a lone wolf braving all this and thanked her fans for supporting her even though she's not a big star.

Kangana's last few movies have been box office debacles. She admitted being shaken after Simran and Rangoon flopped at the box office. Only time will tell if Manikarnika will click at the box office. Kangana has a lot invested in the project as she has directed major portions of this film.

Also Read: Pahlaj Nihalani to revive his Kangana Ranaut project I Love You Boss with another actress