Kangana Ranaut has been in the news constantly of late, post the release of Manikarnika – The Queen of Jhansi as the actress continues to slam Karan Johar, Ranbir Kapoor and Alia Bhatt in almost all her interviews. While the roots of these allegations can be traced back to the nepotism debate, Kangana also seems to be quite upset with Karan's student Alia Bhatt and has now lashed out on the actress yet again. This time Kangana expressed her issues over the performance of Alia in Gully Boy. 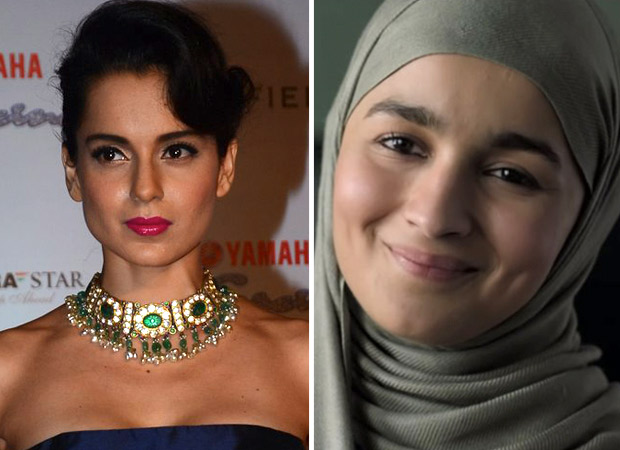 Kangana Ranaut in earlier interviews called out Alia Bhatt for not coming out in support of her film Manikarnika – The Queen of Jhansi. The slamming continued with the actress also taking a dig at the Raazi star for not expressing her political views. And now the actress spoke about Alia's performance in Gully Boy in recent reports wherein she stated that there was nothing new in her role and that it was embarrassing to say the least.

According to what Kangana stated in the reports, Alia's role was just the same old snappy straight forward girl. She also criticised the media for taking the love for filmy kids too far and asked them to stop pampering mediocre work.

In earlier interviews, Kangana Ranaut has called Alia Bhatt spineless for not coming out in support of Kangana. On the other hand, Alia has always maintained that she is a fan of Kangana’s work. Kangana even took a dig at Ranbir Kapoor during the success bash of Manikarnika.

On the work front, Kangana Ranaut will next be featuring in the kabaddi film Panga and the wacky film Mental Hai Kya. She will also be focusing on direction and making her own biopic.

As for Alia Bhatt, she is gearing up for the release of Kalank. The actress will also be featuring in the multi starrer Takht, the romantic drama Sadak 2 and the superhero drama Brahmastra.