It seems that yet again the shoot schedule of the multi-starrer is facing a setback. After a couple of actors from the sets suffered injuries whilst shooting, it is rains that is playing spoilsport now. The torrential rains, that lashed out in Mumbai in the weeks gone by, has affected the schedule of Kalank and because of it, the filming of the Karan Johar production has been pushed further. 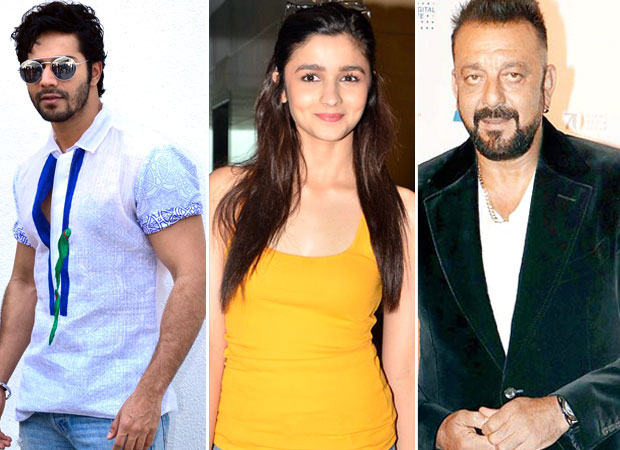 It seems that the six actors, Varun Dhawan, Alia Bhatt, Sanjay Dutt, Madhuri Dixit, Sonakshi Sinha and Aditya Roy Kapur were expected to return from their respective commitments to join the third schedule of Kalank. The filming was supposed to start on July 31. However, the massive rains have left the sets that were erected at Chitrakoot Grounds in suburban Mumbai, in a mess. The said schedule was supposed to be for 20 days and now it has been delayed by two weeks.

While it is a known fact that the sets need to be reworked upon after the damage caused due to rains, Amrita Mahal, the set designer is expected to start work on it soon. On the other hand, it seems that the delay also includes the fact that the dates of the actors had to be revised after they decided to reschedule the film.

It is a known fact that Kalank went on floor in April with Varun Dhawan, Alia Bhatt and Madhuri Dixit shooting for the film. Followed by that, Aditya Roy Kapur shot for a song with Varun and Kriti Sanon, who is doing a guest appearance in the film. Post that, Sanjay Dutt and Sonakshi Sinha too shot for some portions of the film in June. However, after all these, the schedule of Kalank has been put on hold.

While Alia Bhatt had to wrap up her superhero drama Brahmastra with alleged beau Ranbir Kapoor, Sonakshi Sinha took off to finish her Da-Bangg tour with Salman Khan, Jacqueline Fernandez, and Katrina Kaif amongst others. Sanjay Dutt, on the other hand, kicked off his home production Prasthaanam, a remake of the Telugu film by the same name in Lucknow with Manisha Koirala, Ali Fazal and Amyra Dastur. Varun Dhawan too decided to wrap up YRF’s Sui Dhaaga with Anushka Sharma, as the film is slated to release in the next few months.

Keeping in mind the busy schedules, the makers of Kalank are planning on wrapping up the Abhishek Varman directed period drama by the end of November. As for the release of the film, it is slated to hit the big screen on April 19, 2019.

Also Read: KALANK: Varun Dhawan, Aditya Roy Kapur urge Karan Johar to save them as shooting gets halted due to unexpected rains