In the past, there has been quite a bit of speculation about the strained relationship between John Abraham and Salman Khan. Although neither of them have acknowledged or spoken about it, the reports continued. And now, even though not directly, it looks like John has taken a dig at Salman Khan and all other A-list superstars in Bollywood. 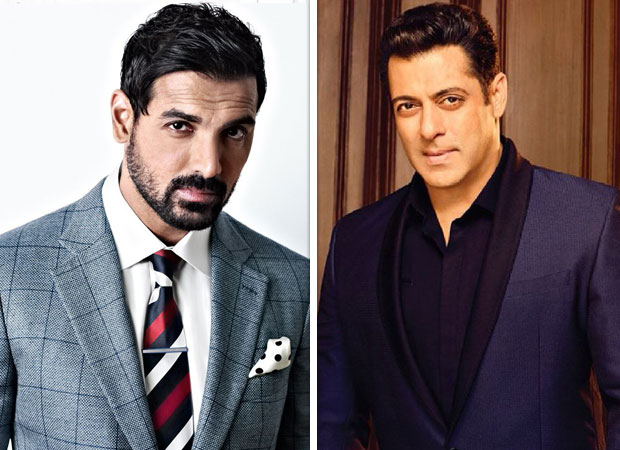 In a recent interview that got published, John Abraham was quite uninhibited in expressing his views about social media and how he doesn’t believe in earning money by dancing at weddings. The Vicky Donor producer has been experimenting with cinema and producing some unconventional content. At the same time, he is exploring the action genre as an actor but also showcasing real issues like in the 2018 release Parmanu – The Story of Pokhran. Entering a different zone, John spoke about varied topics, from what interests him to being on social media. It was when he was questioned about the latter that John spoke about how the cons of social media and how he would like to get off it.

People who have been following John Abraham on social media would be aware that the actor rarely posts about his personal life and his posts revolve around his work or social causes. Speaking about it, John stated that the social media stars have not done anything credible and how virtual world has become reality and vice versa. Being from the marketing background, he asserts that no one can understand a star’s fame by looking at Facebook, Instagram and Twitter likes. Although he assures that he isn’t a hater and likes the platform for its reach, he doesn’t believe that it should alter our reality. He believes that some of his charity pages etc. are beneficial but he cannot forget the fact that the negativity in it that it is toxic.

On the other hand, when he was questioned about celebrity bashing, the actor revealed that sometimes celebrities ask for it and compared them to clowns from a circus. He also spoke about stars dancing at weddings adding that he doesn’t do it because he finds it demeaning. Although he maintained that he need not be right, he wouldn’t do something like that ever.

He also took a dig at actors who are money-minded. He asserted that they as actors should be in the industry only to showcase their craft and not to be featured on the list of highest paid actors. He also raised questions about actors robbing audiences with senseless films.

His recent statements have sparked speculations about whether John was taking a dig at actors like Shah Rukh Khan who dance at weddings. Also his statement about featuring in richest celebs list, which had Salman Khan holding the first position, seems like he is taking a dig at him too.