Punjabi superstar Diljit Dosanjh is on a roll. Following a sold-out world tour and the release of Jogi on Netflix, the actor is set for his next Punjabi movie titled, Babe Bhangra Paunde Ne. The actor took to social media on Monday to share a post about the movie and announce the release date. 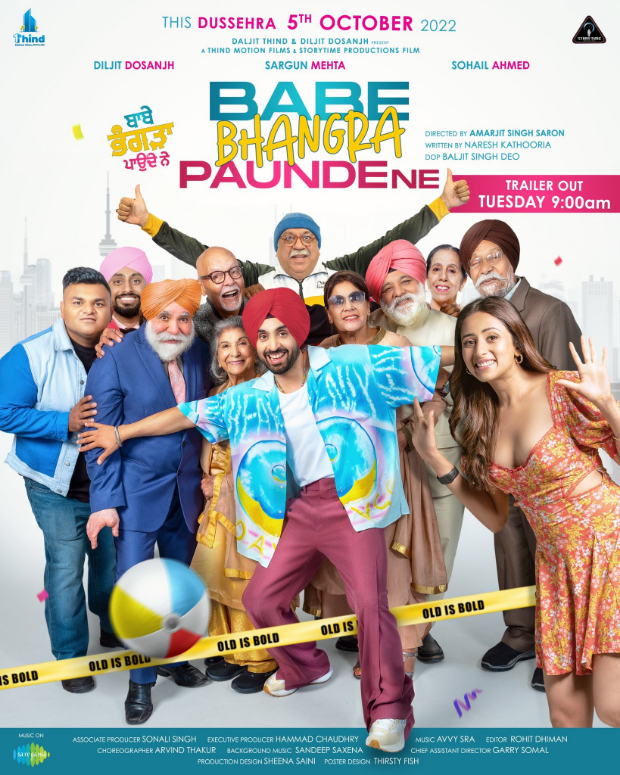 Diljit Dosanjh took to Twitter and announced that the film will be released on October 5. "Babe Bhangra Paunde Ne Releasing on This DUSSEHRA 5th October Official Poster Coming," he wrote along with the poster. Earlier, the film was scheduled for September 30 release but now has been pushed by a week. The trailer will be out tomorrow, September 20.

Diljit Dosanjh is currently enjoying the positive response for his performance in Jogi. Helmed by Ali Abbas Zafar, the film premiered on September 16 on Netflix. He is also prepping for Imtiaz Ali’s Amar Singh Chamkila biopic. Reportedly, Parineeti Chopra has been roped into star opposite the Punjabi actor.

ALSO READ: EXCLUSIVE: Diljit Dosanjh to be seen without turban for the first time on screen in Jogi