Apart from acting, Jaya Prada is also quite active on the political circuit. Despite her busy commitments, the actress has now taken time out for exploring a new medium of acting. The actress will be making her small screen debut in the show Perfect Pati. The show will feature her in a rather stylish role we hear. 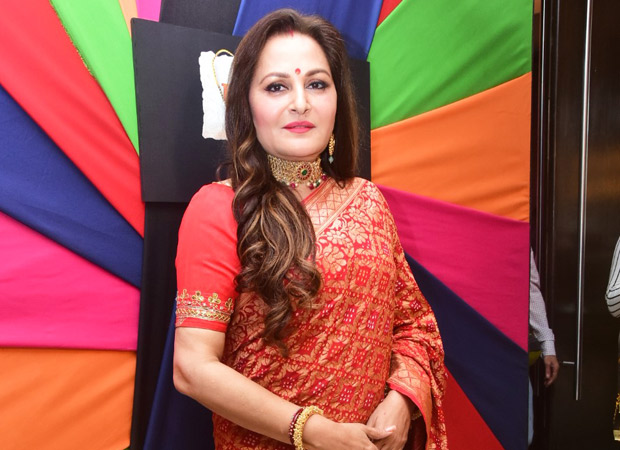 Jaya Prada confirmed about entering the television industry in recent media reports wherein she also briefed about her role. Unlike the mothers-in-law in the ongoing serials, Jaya described her character Rajshree Rathod as a positive character and defined her as stylish and dignified, albeit with different shades.

Jaya Prada will essay a Rajasthani character and the actress is taking reference from her previous films where she has played a similar role. Elaborating on the same, the actress turned politician recalled the song she had performed in the film Aaj Ka Arjun, ‘Gori Hai Kalaiyan’ which had gone to become one of the cult chartbusters which is one of the trending tracks even today. She stated that she played a Rajasthani in that film and many other films and hence it wasn’t too difficult for her to get into the skin of Rajshree Rathod.

However, considering that it was a new medium, Jaya Prada also confessed that she was hesitant to take it up. She stated in reports that working for television is quite different from films and that they require a strict deadline. Hence, she maintained that she was initially unsure of whether she will be able to cope up with the hectic schedule.

But, despite all the inhibitions, Jaya Prada decided to put it all behind and has started shooting for the show in Jodhpur. On the other hand, she also elaborated on the show Perfect Pati adding that it will act as an eye opener for the youth. While she did agree that all girls dream about a perfect husband, the show is said to touch upon the subject of how the youngsters are confused over marriage today.