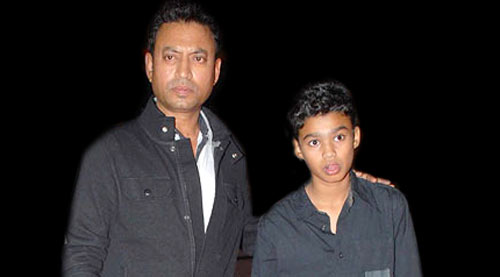 After attending the press tour of the Hollywood film Inferno in Singapore, Irrfan Khan is back in Mumbai. Tomorrow being Father's Day, Irrfan Khan has a very novel way to celebrate the day with his son Ayan Khan.

Irrfan Khan has decided to celebrate Father's Day with his son Ayan Khan by going to Sabarmati Ashram in Gujarat to pay respects to Mahatma Gandhi. When asked the reason for the same, Irrfan Khan said that he wanted his son Ayan Khan to understand the significance of the ashram and also to learn more about the Indian history. He added that he wanted to introduce Ayan Khan to the 'Father of the nation', who had a great impact in India's Independence.

On the professional front, apart from Inferno, Irrfan Khan will be soon seen in Nishikant Kamat's social thriller film Madaari, which is all set to release on July 15 this year.