Last Updated 17.10.2021 | 11:07 AM IST
feedback language
follow us on
Bollywood Hungama » News » Bollywood News » INSIDE SCOOP: The real reason why Varun Dhawan and Sara Ali Khan’s Coolie No.1 got postponed from Diwali and moved to Christmas!

Bollywood Hungama was the FIRST ON WEB to announce that Varun Dhawan and Sara Ali Khan’s upcoming comic caper, Coolie No. 1 has opted for a direct-to-digital route with a premiere on Amazon Prime Video. We also revealed that the comedy film directed by David Dhawan, will hit the small screen this Diwali, proving to be an entertaining ride for the families across the country. However, in a recent development, Coolie No. 1 will now arrive on Christmas moving back by 45 days from its initial plan to arrive on Diwali. 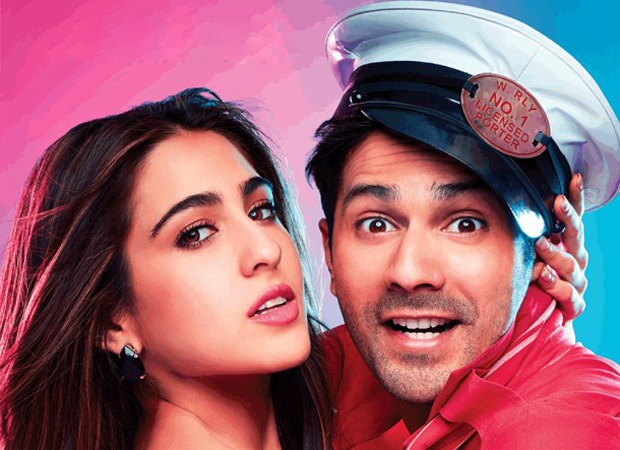 “Coolie No. 1 was ideal for Diwali considering the comedy genre, however, the current negative sentiment around Sara Ali Khan owing to the entire drug controversy made the makers rethink and restrategise on their release plan. They didn’t want their film to face negative PR owing to Sara Ali Khan, and decided on rather waiting for the matter to settle down than going ahead with a Diwali release,” a source informed Bollywood Hungama, adding further that everyone is of the opinion that once truth comes out, the negative press around Bollywood too will take a back seat.

The film is currently in the post production phase with work going on the start credits, background score and colour correction. “It’s a colourful David Dhawan entertainer, and the reports from the post production team suggest that the film would live onto the expectation of providing wholesome entertainment. A track of Varun Dhawan mimicking Mithun Chakraborty is said to be the highlight of the film,” the source further informed us, and also stating that given the flavour, it’s best to release when the audience sentiment is right thereby serving the purpose of getting the film made.

The movie also features Paresh Rawal and Rajpal Yadav in key roles. It is produced by Vashu and Jackky Bhagnani.