You can love it or you can hate it but you definitely can’t ignore it – that’s what the first season of Indian Matchmaking was. Now the show has returned with Season 2. Indian Matchmaking 2 also features the infamous matchmaker Sima Taparia who is still looking for a groom for Nadia and Aparna. In one of the episodes, she was seen giving her opinion on an elder woman marrying a younger man. Maintaining that she is old fashioned, she mentioned that Priyanka Chopra and Nick Jonas aren’t a good match. 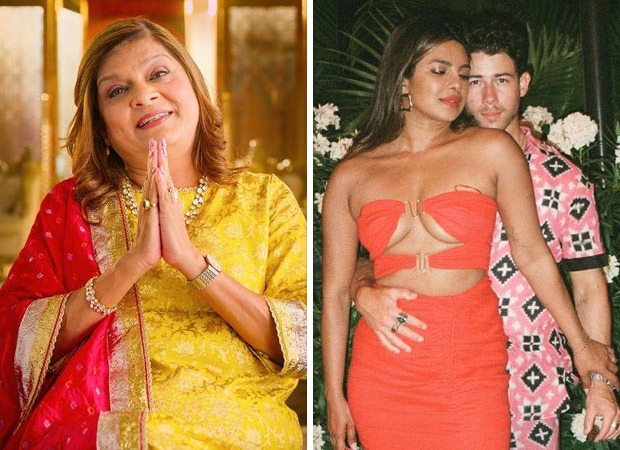 In the said episode, Sima Taparia was seen discussing the potential grooms with her client Nadia. The latter has been trying to find love since the last season is not yet successful in finding the man of her dreams. When she was asked about the men she met recently at a party, she expressed her interest in a boy named Vishal. Responding to it, Sima said, “Yeah he is a good boy.” But when Nadia’s mother asked his age, Sima replied, “He is seven years younger than Nadia. Two three years is okay but seven years younger? They’ll have a difference. Matureness is very important. You are more mature because you are seven years elder. So, I think we’ll drop Vishal.”

Agreeing to the same, Nadia went on to add, “I think when a guy is seven years older, it’s okay. But for the girl to be seven years older, I don’t know. May be I am old-fashioned.” Sima interrupted adding, “Even I am old-fashioned.” However, in the confessional in front of the camera, Nadia revealed that she doesn’t feel Vishal acted like someone younger than her. “He did nothing that was like you know, I’m a child. And I mean I’m a young 33.”

Further Nadia mentioned Priyanka Chopra and Nick Jonas are also a couple with a long age gap of 11 years to Sima and her family. Replying to the same, Sima said, “I don’t feel it’s a good match. Sorry to tell that. They have married but it’s not a good match. He looks so small and petite in front of her and she looks elder.” Sima in her confessional also went to share, “Nadia likes Vishal because he was a cute and attractive boy. But I think she should see more than this in a boy.”

Indian Matching Season 2 is currently streaming on Netflix India and talks about the process of arranged marriages in Indian families.