IIFA, that went on air last weekend, has faced a plagiarism charge filed by an ardent fan of Sridevi. The award ceremony this year decided to pay a tribute to the late Sridevi, whose sad demise left the nation and specifically the film industry in shock. The said tribute video has now been dragged into a case wherein the fan named Saba Arif has claimed that it is her intellectual property. 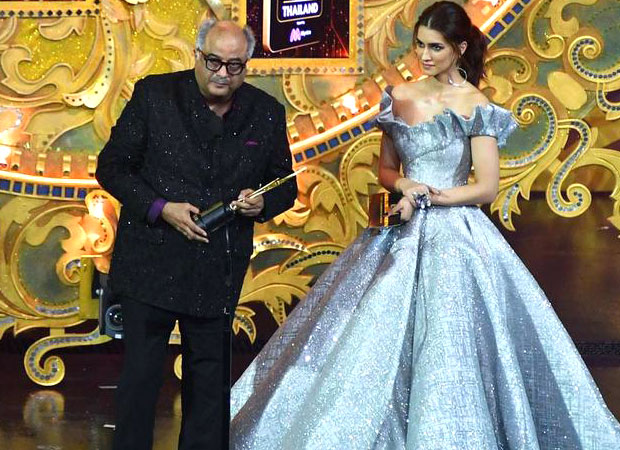 Saba Arif recently spoke to the media wherein she has asserted that she indeed made a tribute video for Sridevi out of her love for the actress. The said video was posted by her for the fans of the actress so that they would remember her iconic moments after facing the tragic loss. She also stated that the said video was unveiled by her somewhere in March and expressed shock over the way IIFA plagiarized the same.

As of now, Saba is reportedly demanding an apology for not being acknowledged and for allegedly lifting her work. Further, she also expressed her disappointment how no one from IIFA contacted her before playing it on national television without giving any credits to her and using it as their own video.

On the other hand, it is now being said that it wasn’t the IIFA team who had made the video but Boney Kapoor who decided to make it under his supervision for his late wife. The filmmaker-producer maintained that he possesses the rights to all her films along with Yash Raj Films and it was his joint decision with YRF to make use of those clips and songs as her tribute since they own its rights. He also added that no one else has the right to claim it as their own if the rights of the content are held with someone else. He further went on to state that if Saba had problems with the video, she should have contacted him and not make such public allegations.

As for Saba, she too responded to Boney’s statement adding that even though she agrees that the rights of the videos and clips were held by them, she also stated that compiling them and putting them together was her idea and it makes it her intellectual property. She continued to stress on the fact that it was her video and she is upset that it wasn’t acknowledged as one.

Also Read: Boney Kapoor’s family to move into one home?