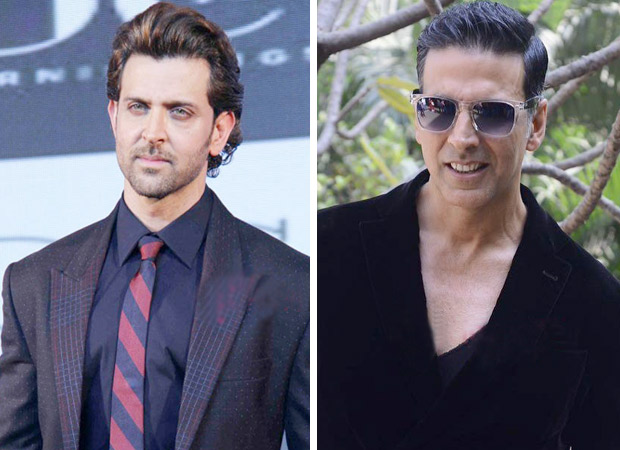 Hrithik Roshan and his father Rakesh Roshan are not the least pissed off with the joke in Hrithik’s extra thumb in this season’s hit Toilet: Ek Prem Katha. For those who came in late, the film has a segment on Akshay Kumar’s father seeking a bride with an extra thumb for his son for astrological reasons. At one point Akshay and his screen-brother Divyendu Sharma stare at a hoarding of Hrithik Roshan and Sharma mumbles, “Maybe he can help us.”

Far from fuming over the joke, Hrithik’s father Rakesh Roshan tells me. “I really enjoyed watching the film. I liked what it had to say. It is a praiseworthy mixture of a message and entertainment.”

Both father and son Rakesh and Hrithik Roshan saw the film and enjoyed it. In fact Hrithik and Akshay are neighbours. And Hrithik is very close to both Akshay and his wife Twinkle. Says a source in the know, “Akshay kept Hrithik in the loop about the joke on the extra thumb. And Hrithik was okay with it. The Roshans know when to take a joke on their chin.”

Toilet: Ek Prem Katha director Shree Narayan Singh admits he was nervous about the Roshans’ ‘thumbing down’ the joke. “Yes, I was a little apprehensive. Actually after Rakeshji saw our movie he did call me. I was delighted and honoured when he congratulated me. I am so happy that he and Hrithik both liked the film and also took the joke in the right spirit. The joke was not meant to hurt anyone’s feelings and I am so glad they understood that. It’s a good feeling to get such positive feedback from people like Rakeshji, Hrithik and Sooraj Barjatyaj. Sorrajji texted me after seeing the film.Bahot logon ne phone aur text kiya. I am deeply touched and feeling very emotional.”