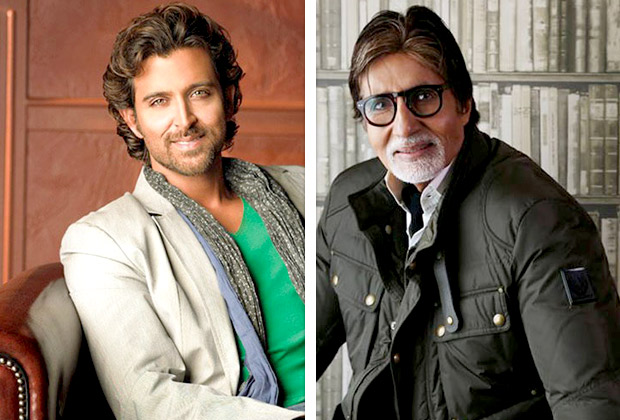 Hrithik Roshan is leaving no stone unturned to ensure his new film Kaabil turns out just so. Or shall we say, he’s leaving no ‘tone’ unturned, as his character is required to speak in many voices.

Among the many voice personalities that Hrithik Roshan assumes, he was also required to speak the Amitabh Bachchan baritone this week.And Hrithik did it bang-on.

Says a source close to actor, “When Hrithik did a voice imitation of Bachchan saab, he was so uncannily close to the original that everyone on the sets assumed that sound designer Resul Pookutty had somehow engineered the miraculous makeover. But it was Hrithik and Hrithik alone doing Bachchan saab’s signature baritone to near-perfection.”

Interestingly, mimicry is one of Hrithik’s hidden talents. Hence, when in Kaabil, he had to do voice impersonations of some well-known personalities; Hrithik Roshan insisted that his voice won’t be dubbed by a mimicry artiste.

Says the source, “Sound designer Resul and Hrithik Roshan decided to take up the challenge of making Hrithik Roshan do the voice impersonations in the superstar’s own voice. And it’s worked wonderfully.”

Hrithik Roshan’s character Rohan Bhatnagar in Kaabil is a blind man who lives a normal life in the city much like many others there, and earns by being a dubbing artist. Apart from Bachchan's voice, Hrithik Rohan will be seen doing other character voices in the movie as well, all in Hrithik's own voice. It's the first time we will be seeing something like this on celluloid in a Hindi movie.

Says Hrithik Roshan, “I guess this is just a reflection of the kind of impact Amitabh Bachchan has had on my generation, and, of course, the fact that hard work equals results.”