HIT: The First Case starring Rajkummar Rao and Sanya Malhotra is all set to arrive on Netflix. Following the release in theatres in July 2022, the suspense thriller will begin streaming on the platform on August 28, 2022. The announcement was made on Tuesday. 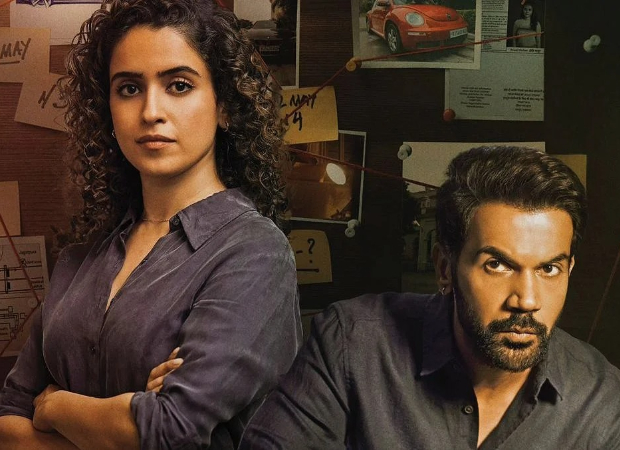 HIT: The First Case starring Rajkummar Rao and Sanya Malhotra to premiere on Netflix on August 28

The film is about Vikram, played by Rajkummar Rao is a cop battling the demons of his past amidst solving a crime case of a missing woman. The movie unfolds many mysteries, deceits, lies, truth and much more.

The tense case of a highway, a lost car and a missing girl.
HIT, The First Case is coming to Netflix on 28th August!#HITTheFirstCase pic.twitter.com/8H9gj8ODY1

Gulshan Kumar and T-Series present in association with Dil Raju Productions HIT: The First Case. Directed by Dr. Sailesh Kolanu, the film is produced by Bhushan Kumar, Dil Raju, Krishan Kumar, and Kuldeep Rathore. The film starring Rajkummar Rao and Sanya Malhotra hit the theatres on the 15th of July, 2022.

ALSO READ: HIT: The First Case Trailer: Rajkummar Rao is hellbent on a mission to solve mysteries in spine-chilling glimpse