Aditi Rao Hydari was more than happy with all the appreciation coming her way for Kaatru Veliyidai. The film marked her debut collaboration with South veteran Mani Ratnam. The actress can’t stop praising the filmmaker since then! Time and again she has maintained that she is dying to work with him again. Now, it seems that she has once again received the opportunity. She will be starring in Mani Ratnam’s forthcoming socio-political drama titled Chekka Chivanta Maanam [Bright Red Sky]. 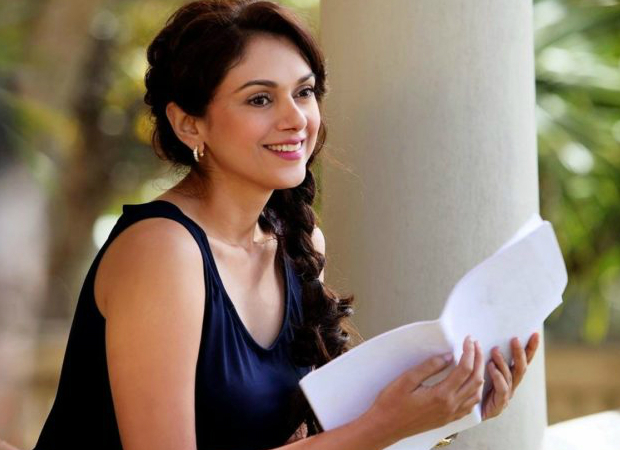 Yes, after sharing screen space with Karthi in her last venture, Aditi Rao Hydari will now act with Arvind Swamy. Let us remind you that Arvind has been one of Mani Ratnam’s favourite since Roja and Bombay. So it will be interesting to see them come together yet again. Arvind will feature as a politician in this film.

On the other hand, Aditi Rao Hydari is said to essay the role of a rather strong woman. From what we hear the actress will be the centre of this entire social drama. The film has already gone on floor earlier this week. However, the actress will be seen joining them in March.

Chekka Chivanta Maanam will also be dubbed in other languages. While it is titled as Nawab in Telugu, it will also release in Hindi. Set against the backdrop of a controversial nuclear plant, the film majorly deals with a middle-class family of four brothers. The film also touches upon subjects like human rights and environment violation with the increase in methane pollution. It will also be spanning three generations as a part of the plot.

Besides Aditi Rao Hydari and Arvind Swamy, the film also stars model Dayana Erappa and actor-musician Simbu aka STR. Also, Arun Vijay, Aishwarya Rajesh and Prakash Raj will be a part of the film. Mani Ratnam will also be collaborating with DOP Santosh Sivan and musical maestro A R Rahman for this film.