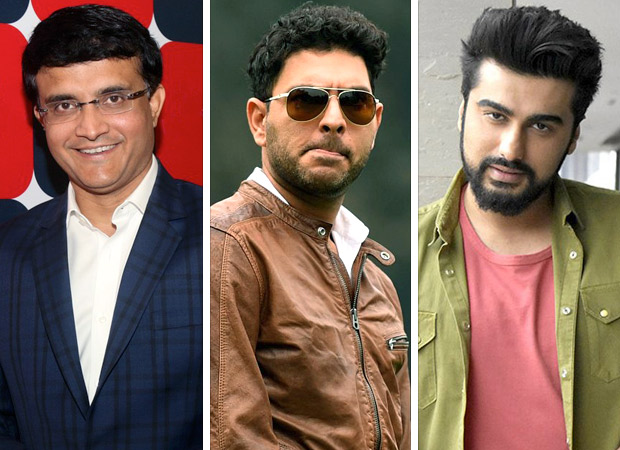 It’s raining biopics in Bollywood, especially the sports one. In the last four years, films like Bhaag Milkha Bhaag, Mary Kom, M. S. Dhoni – The Untold Story and Dangal managed to do great business at the ticket window. Paan Singh Tomar, released in 2012, was not exactly a sports biopic, but it succeeded at the box office. Earlier this year, Sachin – A Billion Dreams, which again wasn’t a biopic as such and it became a hit despite being a documentary.

Arjun Kapoor has proved his versatility and worth as an actor. He has the stature and built to effectively play a sportsman. So would he be interested to do a sports biopic? This was the question asked to him by a media person at the press conference of ‘Indian Super League’ wherein he was announced as the co-owner of FC Pune City. He said, “Well, so many biopics are being made. I would rather like to do an underdog story. M S Dhoni for me is inspirational and Neeraj Pandey sir did amazing justice to his story. We got a new side of Dhoni. And that’s what’s exciting – when viewers get to see unknown or lesser known aspects of the person. So I don’t exactly whose biopic would exactly excite me. Yuvraj Singh for instance has been an interesting person. His journey and ups and downs are fascinating. Then, Sourav Ganguly could be an interesting topic.”

Realizing that the media might make his revelations into a headline, Arjun Kapoor added, “I am not saying that I’ll be doing these biopics. I am simply stating that if biopic covers an entire journey of a sportsman, then it’ll be interesting.” He signed off by telling the journalist, who asked the question, in a lighter vein, “If you have any idea for a sports biopic, do let me know. I’ll love to do it!”