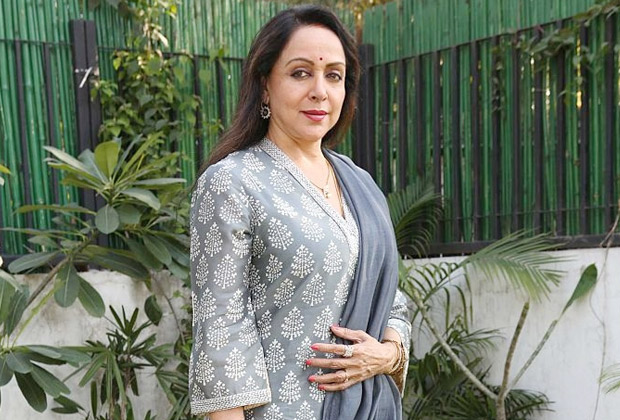 The otherwise united Bollywood fraternity seems to have left divided of late, followed by the IMPPA ban on Pakistani artists. This decision that came as a consequence of the rising issues between India and Pakistan followed by the Uri attacks in Jammu & Kashmir seems to receive support from a quarter of the film industry, while others have chosen to be silent or maintain a diplomatic stand on the issue. Actress turned politician Hema Malini took to social media to voice out her support for the Indian army but maintained a diplomatic stand when questioned about the ban on Pakistani artists.

Like several other celebrities, Hema Malini is in complete agreement with the surgical attacks which was the Indian army’s reply to Uri attacks in Jammu & Kashmir. Expressing her pride over the army of our country was Hema who took to Twitter to post about it saying, “I wud like to say tht I am 100% with our jawans who are fighting & dying for our ctry & do not support Pak artistes workg here. Jai Hind! Our army has done a gt job with the surgical strikes & the whole country shld be supportive of thm. Why ask for proof of action? Unheard of!”

Despite voicing out that she doesn’t support the idea of Pakistani artists working here, the actress went on to add they are just artists who come to perform and as an artist herself she can only appreciate their work. Not going any further, Hema refused to answer any more questions on the same maintaining that it is too controversial to talk about.