Actress Helena Bonham Carter defended her Alice in Wonderland co-star Johnny Depp and also expressed support for Harry Potter author J.K. Rowling for her stance on trans-genders. According to Entertainment Weekly, the actress shared that she thinks Depp was “completely vindicated” in his defamation trial against his former wife Amber Heard. “I think he's fine now. Totally fine," she said in a recent interview for Times magazine. 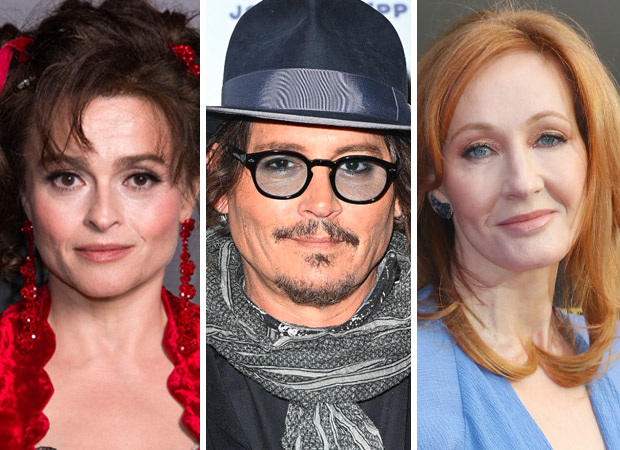 Bonham Carter's comments come months after a Virginia jury found that Heard defamed Depp in a 2018 Washington Post op-ed about domestic violence, though she didn't name her ex-husband in the article. Following the months long U.S. trial, Depp was awarded more than $10 million in damages, and Heard won one of her defamation counterclaims and was awarded $2 million.

Meanwhile with regards to Rowling, Bonham Carter said, "It's horrendous, a load of bollocks. I think she has been hounded. It's been taken to the extreme, the judgmentalism of people. She's allowed her opinion, particularly if she's suffered abuse. Everybody carries their own history of trauma and forms their opinions from that trauma and you have to respect where people come from and their pain.”

“You don't all have to agree on everything — that would be insane and boring,” she added. “She's not meaning it aggressively, she's just saying something out of her own experience.” As the outlet notes, Rowling has said in the past that she's not anti-trans and that she supports trans people. However, the Harry Potter creator has repeatedly come under fire by LGBTQ activists and organizations for her much-criticized remarks regarding the transgender community.

In 2020, Rowling wrote an op-ed where she argued for the need for safe single-sex spaces for women as non-gendered public bathrooms were introduced. In the op-ed she shared her own experience of domestic abuse and being a sexual assault survivor. When asked if Potter actors who have criticized Rowling’s stance (including Emma Watson, Daniel Radcliffe and Rupert Grint) were “ungrateful,” Bonham Carter said, “I won’t say that.”

“Personally, I feel they should let her have her opinions, but I think they’re very aware of protecting their own fan base and their generation,” she added. “It’s hard. One thing with the fame game is that there’s an etiquette that comes with it; I don’t agree with talking about other famous people.”

Bonham Carter spoke to the Sunday Times Magazine after being named the first female president of the London Library.