Last Updated 03.02.2023 | 1:32 PM IST
feedback language
follow us on
Bollywood Hungama » News » Bollywood News » From Harry Styles’ ‘Sign Of The Times’ to Kabhi Khushi Kabhie Gham, here are all the pop covers to be featured in Bridgerton season 2

Season 2 of Bridgerton is upon us, dear readers, and Lady Whistledown has news for avid music lovers. As you may recall, the string quartets of Bridgerton Season 1 delighted the ton with renditions of Billie Eilish’s 'Bad Guy,' Ariana Grande’s 'Thank U, Next,' Shawn Mendes’ 'In My Blood,' and, lest we forget, the Duke of Hastings and Daphne Bridgerton’s honeymoon montage set to the sounds of Taylor Swift’s 'Wildest Dreams.' 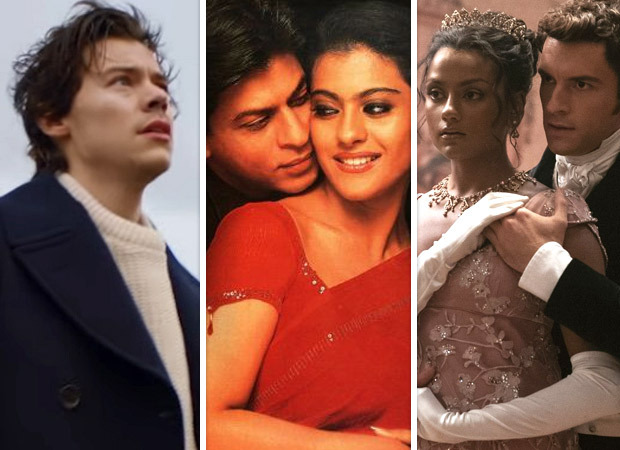 From Harry Styles’ ‘Sign Of The Times’ to Kabhi Khushi Kabhie Gham, here are all the pop covers to be featured in Bridgerton season 2

The series’ music supervisor, Justin Kamps, told Netflix's TUDUM blog that Harry Styles' 'Sign Of The Times' was the most difficult to get the license for. "I am excited about the Harry Styles cover, “Sign of the Times,” because that one was a pretty difficult clearance. That one took the longest to get everyone to sign off on. I think everyone will really love it, but, yeah, there are honestly so many songs that I’m just like, “These covers are so beautiful. I hope people like them!” Even for these songs that are just huge songs that everyone knows, [an instrumental version] still breathes new life and brings them to a new audience, and in a different way," he said.

Adding to that, he said, "And this season, there are a few songs that are currently unreleased, and you’ll hear them in the show first. We have a couple of new covers from our amazing composer, Kris Bowers. He did the cover of “Material Girl,” and — a first for Bridgerton — a cover of a Bollywood song called “Kabhi Khushi Kabhie Gham,” which I’m really excited about. It’s a very beautiful cover. You’ll be hearing a cover of “How Deep Is Your Love,” the Calvin Harris x Disciples track, and a cover of P!nk’s song, “What About Us” from Duomo, who did the Taylor Swift track [“Wildest Dreams”] last year that everyone was obsessed with. And we’ll also have a cover of “Diamonds” by Rihanna, which worked out beautifully."

Bridgerton season 2 arrives on Netflix on March 23. The show is already renewed for seasons 3 and 4.  The second season will focus on Jonathan Bailey aka Anthony Bridgerton, Daphne's older brother, and his romance with Sex Education star Simone Ashley.

Bridgerton is a romantic, scandalous, and quick-witted series that celebrates the timelessness of enduring friendships, families finding their way, and the search for a love that conquers all.