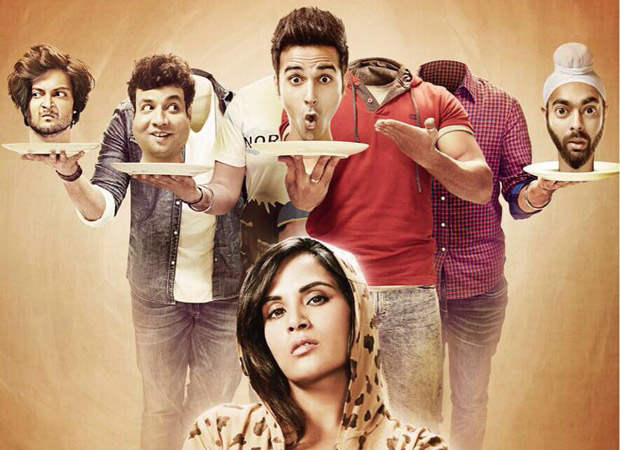 Currently in the midst of promoting their film, the Fukrey Returns cast is currently on a multi-city tour meeting their fans. Whilst doing so, it seems that the boys suddenly decided to do something new. Reports have it that Pulkit Samrat, Varun Sharma, Manjot Singh and Ali Fazal who play college students in the film are all set to start a restaurant named Lukkhas.

The said restaurant is specifically aimed at the college crowd and will start in Mumbai. The pocket friendly eatery aims to be the go-to place for the young student brigade. The reason being, the Fukrey Returns team noticed that people often stand at the stalls even in the scorching heat to grab a bite of their favourite delicacies. So in order to give them a better ambiance for food the cast of the film came up with this idea.

The restaurant is to be situated in places known to be hang-out places for the college goers and will serve a varied range of street food. Confirming the news actor Pulkit Samrat said, "We are naming our restaurant 'Lukkha' because we have seen the Fukra spots where people eat cheap food while they stand at places in sun or so. Why would you stand and eat? We would provide you the same food in air condition and good atmosphere in a Jugaadu style in a good area."

The unique eatery will offer a variety of food items with a Jugaadu twist. Revealing the unique features of the 'Lukkhas' Pulkit said, "We thought we would provide unlimited Beer. But with a condition! You can drink as much as you want in an unlimited amount but if you use the washroom you'll pay again. So that's an interesting angle for Fukreys. Vada pav is a staple food for students in Mumbai, so we have thought of making it interesting by introducing variations in Vada Pav like Chinese version, Italian version and Masala vada pav and an authentic version. Also, one Vada pav will be a healthy one with multigrain bread and sweet potato filling. So there are other interesting things that we are planning for the same."

The Fukras were seen wailing their time visiting the famous eateries in Mumbai and Delhi known to host the college students proving true to their characters. While on the hopping and hogging at the food stalls, the Fukras realized the urge for a place affordable yet offering a varied range of delicious food that won't burn a hole in the pockets.

As for the film, Fukrey Returns is co-produced by Farhan Akhtar and Ritesh Sidhwani under the banner of Excel Entertainment and will be directed by Mrighdeep Singh Lamba. It is set to release on December 8.