Happy anniversary, Katrina Kaif and Vicky Kaushal. The couple, who got married on December 9 in an intimate ceremony in Rajasthan last year, celebrated their first wedding anniversary today. The duo took to their respective social media handles and shared a couple of photos from their wedding day. Interestingly, their carousel featured glimpses giving a peek into their holiday. On the other hand, Katrina also shared a video of Vicky dancing beside a bonfire to entertain his wife. 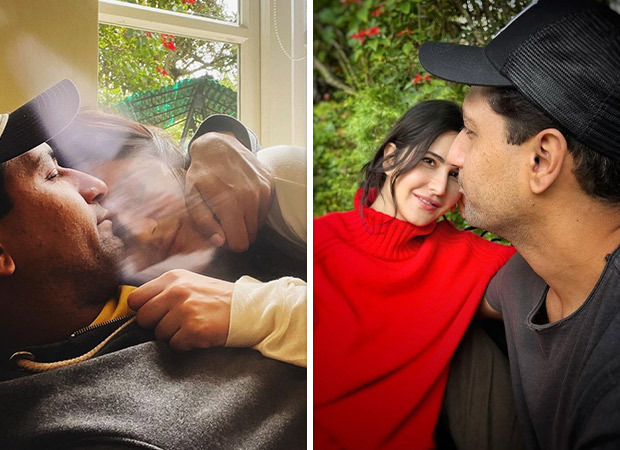 “Time flies… but it flies in the most magical way with you my love. Happy one year of marriage to us. I love you more than you can ever imagine!,” wrote Vicky in the caption of his post. Meanwhile, Katrina kept it short yet sweet as she called him “My Ray of Light”. Wishing him their special day, she further added, “Happy One Year,” followed by a red heart emoji.

The comments section of their posts were flooded with wishes and congratulations. “Happy Anniversary. May God’s blessings be always with u. Puttar, u have brought so much happiness to the family. Love & blessings,” wrote Vicky’s father Sham Kaushal on Kat’s post while Ileana D’Souza commented, “you two man! Happy Anniversary,” on Vicky’s post.

According to a report by Bollywood Life, Katrina has gifted a swanky car to her husband Vicky. However, the colour is still kept secret. On the other hand, Kat is going to receive a customised jewellery piece on her first wedding anniversary.

Currently, the couple is holidaying in the hills. Coming to their professional front, Vicky’s upcoming film Govinda Naam Mera will release next week on Disney+ Hotstar.