Back in 2019, it was reported that Excel Entertainment had roped in Katrina Kaif, Ishaan Khatter, Siddhant Chaturvedi for a horror-comedy titled Phone Bhoot. While the announcement was awaited from the makers, Farhan Akhtar has finally dropped the first photoshoot look. 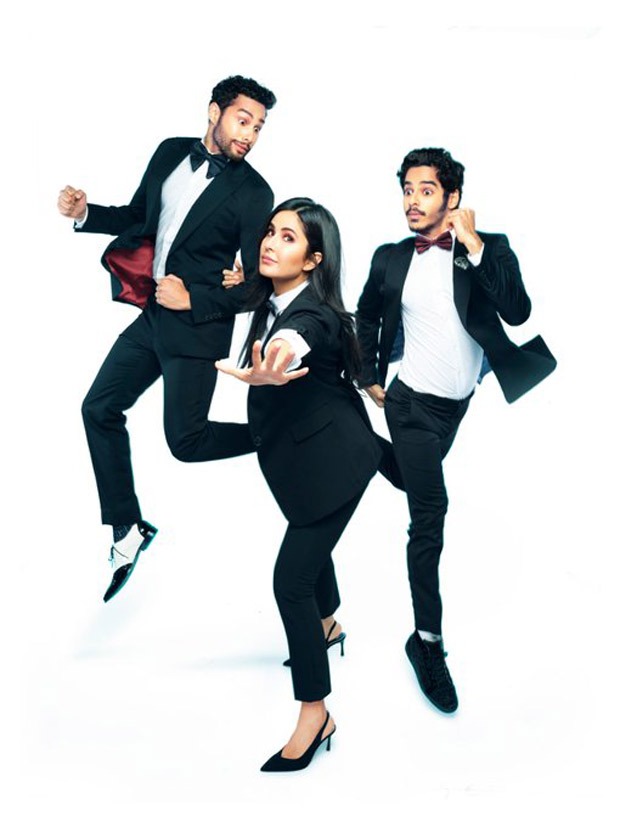 On Monday, July 20, Farhan Akhtar took to his social media to announce Phone Booth is set for 2021 release. “The one-stop shop for all bhoot related problems, #PhoneBhoot ringing in your nearest cinema in 2021.” Dressed in a black tux in the photoshoot, all three of them are making funny faces.

In May 2020, Ishaan Khatter spoke to Bollywood Hungama about the upcoming film.  “I have heard the film and it is very very exciting. It's an absolute blast of a script. Hopefully, once things start moving there will be more information on that. I don't think Siddhant confirmed neither did he deny any rumours of the film and I am going to do the same. But that is something I am looking forward to,” Ishaan said.

This is the first time the three actors will work with each other. While Katrina Kaif has done two films with Excel Entertainment – Zindagi Na Milegi Dobara and Baar Baar Dekho, this is the third project of Siddhant Chaturvedi after Inside Edge and Gully Boy.

The upcoming supernatural comedy is produced by Excel Entertainment’s Ritesh Sidhwani & Farhan Akhtar, directed by Gurmeet Singh, and written by Ravi Shankaran and Jasvinder Singh Bath. The team will begin shoot later this year and the film is scheduled for a 2021 release.