Farah Khan, who is known for her sense of humour, has showcased her acting and anchoring skills on the big screen and small screen in the past. Now she will be blending these skills for the forthcoming skit based show Kanpur Wale Khuranas. The show will primarily feature Sunil Grover along with Kapil Sharma’s former colleagues Upasana Singh, Ali Asger and Sughanda Mishra. And not surprisingly it will also feature celebrity guests. 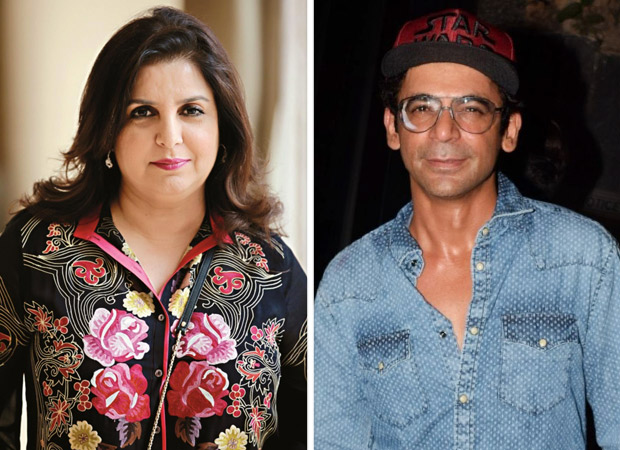 Farah Khan confirmed about doing the show in recent reports and went on to share details about the show. According to her statement in these reports, she plays herself, the celebrity neighbour of Kanpur Wale Khuranas. And as for the celebrity connect, she adds that Bollywood stars who arrive at her ‘farmhouse’ on the show, end up meeting their neighbours, that is Khuranas and from there on, the skits continue.

The choreographer turned filmmaker asserts that she wouldn’t be a part of the skit. Farah Khan mentioned that she would be seeing what unfolds during the skits and give her expert opinion on it. Another person who will be joining them in this is Aparshakti Khurana. The brother of popular actor Ayushmann Khurrana seem to have gained popularity in the comedy genre and will be exploring it further in this comic fiction show.

We had earlier reported that one of the first guests to arrive on the show would be Ranveer Singh and Rohit Shetty. They will be the initial ones who will be paying a visit to Farah Khan’s farmhouse but will end up spending time with Kanpur Wale Khuranas. Besides them, Karan Johar and Sara Ali Khan too are expected to join the duo in the second episode. Reports had claimed that the first couple of episodes will be dedicated completely to the Simmba team.

Also Read: Bigg Boss 12: Here’s why Farah Khan has been invited to be part of the Salman Khan show