Veteran actress Sridevi bid farewell to the world on February 24 night in Dubai. The actress, who was in Dubai to attend Mohit Marwah’s wedding, was found dead in her hotel room. The autopsy report termed ‘drowning in bathtub due to unconsciousness’ as the cause of death. As the Kapoor, Marwah and Ayyapan family, Indian film industry and the nation are processing the untimely demise of Sridevi, the families have asked for privacy during this tragic time. Boney Kapoor and Janhvi Kapoor released their separate statements and heartfelt letters to their support system Sridevi. Anil Kapoor too shared a joint family statement asking everyone to remember her for her work. 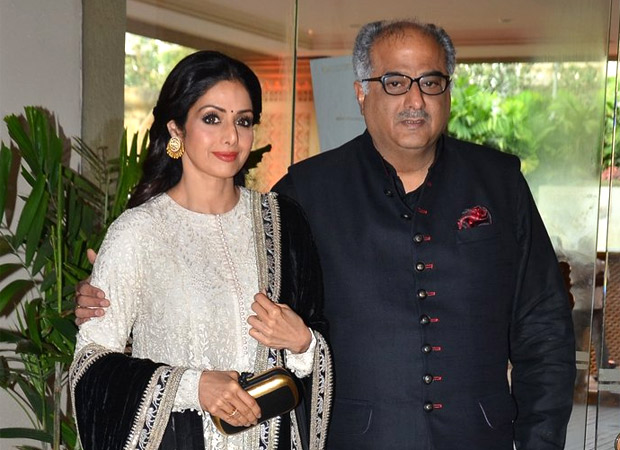 Following are the excerpts of the same.

‘Boney Kapoor’s visit to Dubai on 24th February could’ve gone down as yet another among the many cute surprises in the love story of the 62-year-old producer and his 54-year-old “jaan”, Sridevi, if only the surprise for the super-talented actress had not been followed by a horrific shock for Boney barely two hours later. It was a surprise reminiscent of the one Boney had given Sridevi 24 years ago when they had freshly fallen madly in love with one another and were contemplating marriage. Boney was in Bombay, Sridevi was shooting with brother Anil Kapoor in Bangalore for Mr. Bechara. Boney had managed to keep Sridevi awake all night then as they chatted away on telephone. Sridevi had pleaded with him to let her sleep as she had an early morning shift. Boney had relented but before Sridevi could put on her makeup and get her hair done in the morning after barely two or three hours’ sleep, Boney was outside her hotel room, giving her a surprise of a lifetime. The man had hung up, rushed to the airport, boarded a flight to Bangalore, reached the Taj Westend Hotel in which Anil and Sridevi, alongwith other cast and crew members, were staying, got himself a room on the same (ground) floor and side as Sridevi, and had rung her doorbell. Sridevi had been swept off her feet but nobody else had got even a hint of the reason behind Boney’s unannounced visit. Everyone in the unit thought, Boney was there because of younger brother Anil Kapoor whose business affairs he used to then handle.

Boney’s unscheduled trip to Dubai was much like his Bangalore trip in 1994 – to surprise Sridevi who had decided to spend a couple of days in Dubai to shop for daughter Janhvi after the hectic and enjoyable wedding of Boney’s nephew, actor Mohit Marwah, in nearby Ras al-Khaimah on 20th February. Boney had an important meeting to attend in Lucknow on 22nd, which he did. Sridevi had a shopping list, from daughter Janhvi, stored in her cell phone. She had planned to shop on February 21, but could not as she had forgotten her cell phone in Ras al-Khai­ mah. She made the most of it by relaxing in her room all through the day. On 22nd, too, she spent time with her friend, chatting and relaxing in her hotel room, necessitating a change in her return schedule to India. The lazing around continued on 23rd too, making hubby Boney change her ticket to India.

“On 24th morning, I spoke to her,” recalled an emotional Boney, “when she told me, ‘Papa (that’s how she addressed Boney), I’m missing you.’ I also told her that I was missing her a lot. But I didn’t tell her that I would be joining her in Dubai in the evening. Janhvi had seconded my idea of going to Dubai because she was scared, her mom, not used to being alone, would misplace her passport or some important document if she was alone.” Boney recounted that there had been only two occasions in the last 24 years when they had not travelled together abroad – when Sridevi had travelled alone on two brief foreign trips – one to New Jersey and the other to Vancouver – for two appearances. “Although I didn’t accompany her on those two trips, I made sure that my friend’s wife was with her on both the occasions,” explained the caring and protective husband as he tried to fight back tears. “The Dubai stay was the first time Sridevi was alone for two days – 22nd and 23rd – in a foreign land,” he sighed. 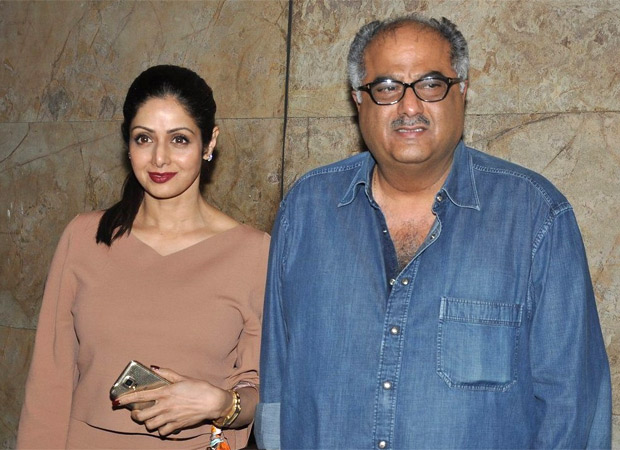 After Boney had booked himself on the afternoon (3.30 p.m.) flight to Dubai on 24th, Sridevi had called him while he was sitting in the lounge area of the international airport in Bombay. Since he wanted to give her a surprise, he told his jaan that he was going to be busy in a meeting for the next few hours and that his phone might be switched off, so she shouldn’t panic. He promised to call her back as soon as he was free from the meeting. The plan was to surprise her in her room at the Jumeirah Emirates Tower Hotel. Boney reached the Dubai hotel at around 6.20 p.m., Dubai time, soon after landing in Dubai. While he was doing his check-in formalities at the hotel and taking a duplicate key to Sridevi’s room, he asked the bell boy to delay taking his bag to the room as he was too excited about catching her by complete surprise. The two hugged like teenage lovers once Boney opened the door with his duplicate key. “But she told me, she had a hunch that I would come to Dubai to fetch her,” Boney recalled amidst sobs. The couple hugged, kissed and chatted for almost half an hour.

Boney then got up to freshen up. Once out of the bathroom, he suggested, the two go for a romantic dinner. He requested Sridevi to postpone the shopping to the following day (Sunday). The return tickets would once again have to be changed as the couple decided to head to India on 25th night. They reasoned that they’d have enough time to shop on 25th through the day. That’s when Sridevi, who was still in relaxation mode, decided to go for a bath and get ready for the romantic dinner! Said Boney, “I went to the living room while Sridevi went to the master bathroom to bathe and get ready.” In the living room, Boney surfed channels to watch the South Africa-India cricket match but after spending around four or five minutes doing that, he chanced upon another channel which was showing the Pakistan Super League cricket match highlights. He watched the match for around 15-20 minutes but was beginning to get restless thereafter because he was aware that being a Saturday, there would be a rush in the restaurants. It was around 8 p.m. then.

Boney’s impatience made him shout out to Sridevi from the living room itself. After calling out to her twice, Boney lowered the volume of the TV set. Still no reply. He then walked to the bedroom and knocked at the bathroom door and even called out to her. The unsuspecting husband, hearing the tap inside on, then called out “Jaan, Jaan” still louder but got no reply, which was unusual. He panicked and opened the door which had not been bolted from inside, nervous but yet not at all prepared for what he was going to see. The tub was full of water and Sridevi was immersed completely, from head to toe, inside the tub. Devastated, he reached out to her but watching her motionless, he feared the worst.

Sridevi had drowned! Boney’s world had come crashing down. He himself was drowned in sorrow and misery as the centre of his world had passed on to another world. Boney’s sweet surprise to Sridevi just two hours back had given way to the worst shock of Boney’s life because it all happened so suddenly. Sridevi, who had gone to get ready for her dinner date with hubby Boney, had, by an unfortunate turn of events, actually and unwittingly started to get ready for her final journey. Husband Boney, his family, her millions of fans…. nobody was ready for what had just happened. Whether she first drowned and then became unconscious, or she first fell asleep or unconscious and then drowned, nobody will, perhaps, ever know. But she probably never got a chance to even struggle for a minute because had she moved her arms and legs in panic while drowning, there would be some water spilling out of the tub. But there wasn’t a drop of water on the floor outside the tub area. The mystery will remain unsolved. But that was not of much relevance to her near and dear ones. What mattered the most was this: Sridevi, the vivacious, beautiful and talented heartthrob of millions, had become late Sridevi.’

Also Read: “Me and Khushi have lost our mother but papa has lost his Jaan”- Janhvi Kapoor pens an emotional letter for mom Sridevi