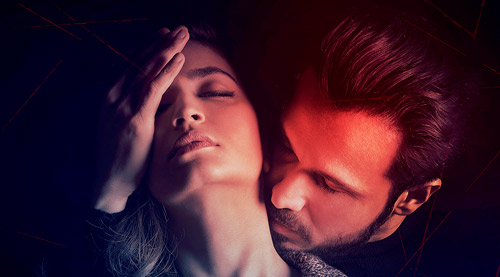 It has been a tough year for some of the films which became a target of piracy. Udta Punjab got leaked two days prior to its release whereas Great Grand Masti got leaked a week before.

Another movie that has now become the target of piracy is Emraan Hashmi's upcoming film, Raaz Reboot. The film which is scheduled to release this Friday is reported to have made it online three days before its release.

After hearing about the film's leak, Emraan Hashmi released an official statement and urged his fans to give the movie a chance and watch it in theaters. He wrote, "About twenty mins ago, I decided to unwind a bit and go on to my social media pages. I usually look at it as a way of connecting with my fans, who I look at as an extension of my family... It's always a positive experience, connecting with them. But the first thing I saw a few moments back was the trends list which to my horror read "Raaz Reboot Leaked". A lot of work goes into a film, whether good or bad. A lot of people toil away, striving to entertain you as well as run their kitchens. Piracy is a rampant problem, as we have seen over the past few months with a few movies that have been leaked online before their theatrical release. I won't add fuel to the fire by harping about conspiracy theories... I won't point fingers. I don't intend to get into a public mud-slinging match. Instead, I will request you to give the film a fair chance by watching it in theaters. It's a request, which I think anyone sensible will entertain. Love, Emraan."

Gaurav Arora too took to his twitter and wrote, "The oldest hindi film franchise "RAAZ" a lot goes into making a film.. Pleaseeeee watch it in theatres only. Please. NO PIRACY."

Mahesh Bhatt urged the franchise fans to stay away from the piracy saying, "We have worked for 14 years to create the raaz franchise. Don't let piracy destroy it. Watch in the theatres please."

Written and directed by Vikram Bhatt, Raaz Reboot features Emraan Hashmi, Kriti Kharbanda and Gaurav Arora and is scheduled to release on September 16.