It is a known fact that Emraan Hashmi is known for being associated with horror film. Now, bringing yet another story in his favourite genre, the actor announced his next. The film will be produced under the banners AZURE Entertainment and Viacom18 Motion Pictures. 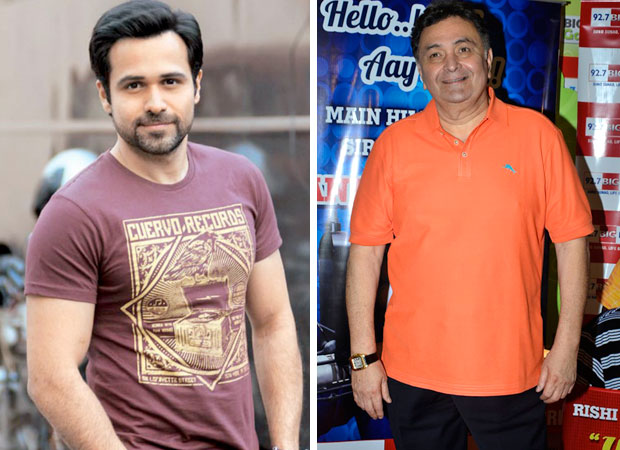 The untitled venture, will in fact, mark the Bollywood debut of Malayalam filmmaker

Jeethu Joseph, best known for Mohanlal starrer, Drishyam. The film shall be shot in a single schedule between May and July this year.

From what we hear, the film will see a combination of crime mystery thriller peppered with elements of horror. The makers have managed to pull off an interesting casting coup with a seasoned superstar like Rishi Kapoor too joining the cast.

Speaking on his Bollywood debut, Jeethu Joseph commented, “Directing a Hindi feature film has been on the anvil for some time and I have been waiting for the right story. This crime mystery thriller with elements of horror has excited me tremendously and we have got perfect casting for the two protagonists in the film. I am looking forward to start the Film at the earliest.”

On the other hand, Emraan Hashmi added, "I'm really excited about this one. The film will be a riveting, nail biting treat for fans of the genre and with Jeethu at the helm of things, I'm confident the film will be a game changer".

Sunir Kheterpal, CEO – AZURE Entertainment says, “Jeethu Joseph is a superlative directing talent and we are proud to be producing his Hindi feature film debut. Viacom18 Motion Pictures has a great track record on backing content driven films and we are happy to collaborate with them on this film”.

Ajit Andhare, COO – Viacom18 Motion Pictures said, “Ever since we produced Drishyam, a Hindi remake of Jeethu Joseph’s original masterpiece, we have been looking for a subject to make with Jeethu in Hindi. This amazing crime thriller, developed with Azure, is a story where we are looking forward to creating same kind of magic that audience experienced in Drishyam.”

Also Read: Emraan Hashmi’s next Cheat India to be produced by T-Series and Ellipsis Entertainment