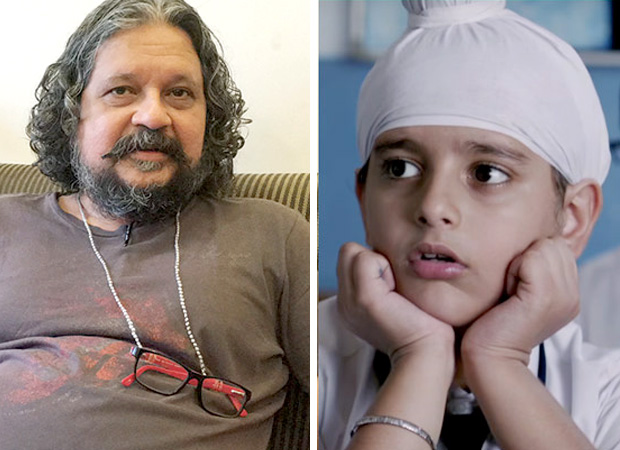 Sniff !!! has released and marks the debut of child actor Khushmeet Gill in Bollywood. As the central protagonist in the film, Khushmeet has come across as a confident performer. For that, credit must also go to writer-director Amole Gupte who made sure that not just Khushmeet but also other boys around him went through a series of workshops before they faced the camera.

"See, just one boy doesn't make the whole film. Hence I had to conduct workshops with other children as well. Also, what we did was to shoot in the society where I had actually grown up. To make that happen, I put a proposal to my society. It was a fabulous experience since around 500 people participated in the film and they played themselves. Whether it is children or senior citizens, everyone that you see in the film is a real person and not quite an actor. It was so peaceful and fulfilling, it was an experience of a lifetime," says Amole in a jubilant tone.

As for Khushmeet Gill, Amole is glad to have made the right choice. "He was just seven and a half year old boy when we shot the film and what a confident performer he turned out to be," says Amole, "Moreover, he is such a feisty boy who just loves to talk. He doesn't allow me even a word to speak. He is so talkative that his voice has a continuous ring in my ear."

Meanwhile, he made sure that yet again it was guerilla shooting technique (as was the case in Stanley Ka Dabba) applied for Sniff !!!. "See, a classroom is basically owned by kids, it is their space and hence we should let them be comfortable there," he says, "The way they are so confident and natural in the class, it is a valuable space to be in. All you need to do is be patient enough to capture the right moment. Once you do that, there are a lot of candid moments that you can capture."

As for his core 'mantra' when it comes to making a film, Amole Gupte declares, "I have promised myself that the most important aspect of the human anatomy, heart, will always find a place in my films. I will never abandon it."