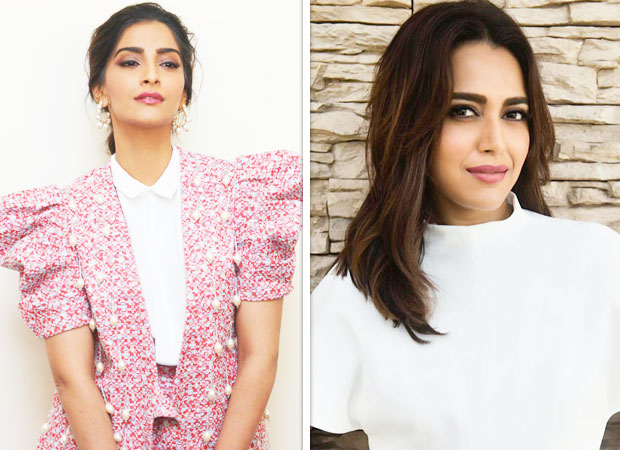 As Sonam Kapoor defended Swara Bhasker for Veere Di Wedding, Pakistani news portals reported that she was defending her friend over Swara’s comments on Pakistan. Apparently, Swara Bhasker had called Pakistan a non-secular state after Veere Di Wedding got banned in Pakistan. Post that, Pakistani actress Urwa Hocane had slammed her for her hypocrisy. Talking about trolls and her comments, Sonam Kapoor clarified that he stance had nothing to do with Pakistan. “My defence of her has nothing to do with her comments on Pakistan! Get your fact right and stop trying to spread mischief and hate! #aproudworldcitizen #feminist #liberal”, Sonam tweeted.

My defence of her has nothing to do with her comments on Pakistan! Get your fact right and stop trying to spread mischief and hate! ❤️✌️ #aproudworldcitizen #feminist #liberal https://t.co/QlakSjBT5c

Recently, Pakistani actress Urwa Hocane called out Swara Bhasker for contradictory comments on Pakistan after Veere Di Wedding was banned in the country. Urwa shared two clips from her 2015 interview when she had visited the country and had said that every city fails in front of Lahore. Cut to her recent interview, she criticized Pakistan and called it a failing state. Urwa even said that her statements reflected that she was an ignorant person.

Pakistan is the country that you @ReallySwara referred to,in 2015, as the “Best country you have ever visited” and it has only gotten better in the last few years in every aspect along with when it comes to having bigger hearts and welcoming our guests . 1/3

2/3 While you’re on this spree of empowering women,i must say you’ve become a bitter person. And all of this is odd coming from a citizen of a state that bans their own films i.e. #Padmavat so let’s not talk about women empowerment.

3/3 This only reflects on u as an ignorant person who is also quiet contradictory in her own statements. It’s not a failing state for sure but u come across as a “Failing Human Being” !!! @ReallySwara

From the citizen of the Phenomenal Pakistan ????????