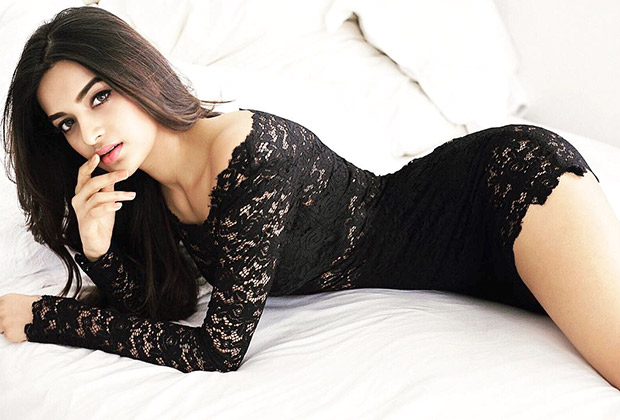 In a bizarre move of sorts, makers of the forthcoming dance film Munna Michael have decided to make the actress of the film sign a no dating clause. Niddhi Agerwal who will be making her Bollywood debut with this Tiger Shroff starrer has been asked to sign this clause where she will not be allowed her co-star or anyone from or outside the industry until she wraps up the shoot of the film.

Speaking about it, Niddhi admitted that she read the contract (for the film) to ensure if she was reading it right as she wasn’t aware of any such no dating clause. However, she was quick to add that it didn’t bother her and she decided to sign it since she will be focusing on her work solely as of now and it’s just a matter of a few months. She was also in support of the makers stating that it was a move to make sure she is completely dedicated to the craft and was also in agreement with them as she believed that often dating rumours or dating a co-star takes focus away from the film because of which the clause was important. Niddhi in a way expressed that she is glad that she can put off her phone and work for hours without any disturbance.

However, what is further intriguing is the fact that it was only Niddhi Agrewal who was asked to sign the clause but not Tiger Shroff who is the leading man of the film. Explaining the reason for the same was producer Viki Rajani who added that Tiger is already a star while Niddhi is a newcomer and they didn’t want her to be distracted whilst shooting. Further elaborating on the apparent need of signing this clause and defending it from being termed as a sexist move, Viki stated that neither of the makers made her sign the contract with the clause at gunpoint and that Niddhi agreed for this big launch on her own.

Niddhi Agrewal will commence shooting from October 8 which will continue till February 2017. Munna Michael also stars Nawazuddin Siddiqui who will be playing the role of a character with grey shades.