Alia Bhatt was seen with a phone in her hand during her boyfriend Ranbir Kapoor’s father Rishi Kapoor’s last rites on April 30, 2020. This was enough provocation for the trolls to get into action.

They have labeled her insensitive, among other things, when in fact she was only doing what her future mother-in-law Mrs. Neetu Kapoor urged her to. 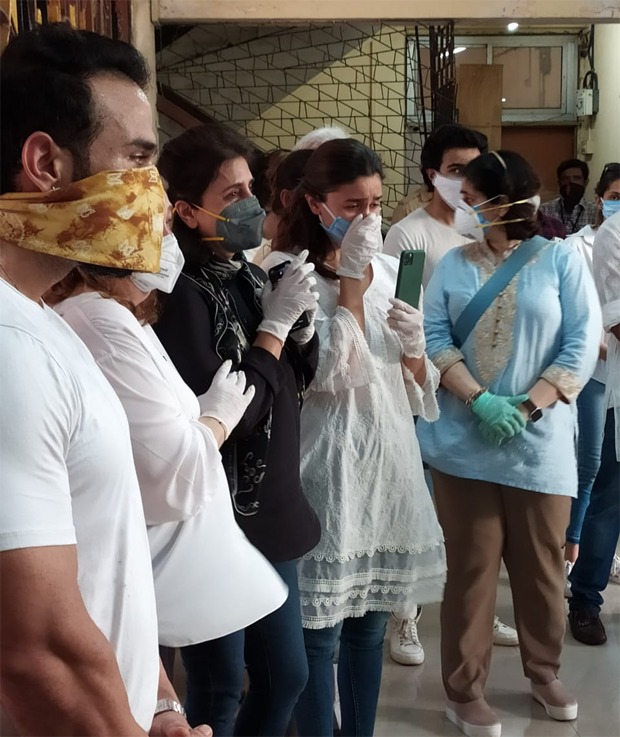 A source very close to the Kapoor family informs, “Rishi’s daughter Riddhima Kapoor Sahni, who drove all the way from Delhi to Mumbai, couldn’t make it in timefor the last rites. Hence, Neetu asked Alia to let Riddhima see her father’s last rites on Face Time.There was nothing ‘rude’ or ‘insensitive’ about this.”

The last rites were performed on Thursday afternoon in Mumbai.

ALSO READ: Alia Bhatt pens a heartfelt note for Rishi Kapoor; describes the love she received from him in the past two years