Ranbir Kapoor has several projects in the pipeline and one of them is Yash Raj Films' Shamshera. The film will be directed by Karan Malhotra, who earlier directed Agneepath and then Brothers for Karan Johar. While the lead actor Ranbir and the villain Sanjay Dutt have been announced, the makers are yet to announce the lead actress. Now, it seems like YRF's talent Vaani Kapoor has been roped in to star opposite Ranbir. 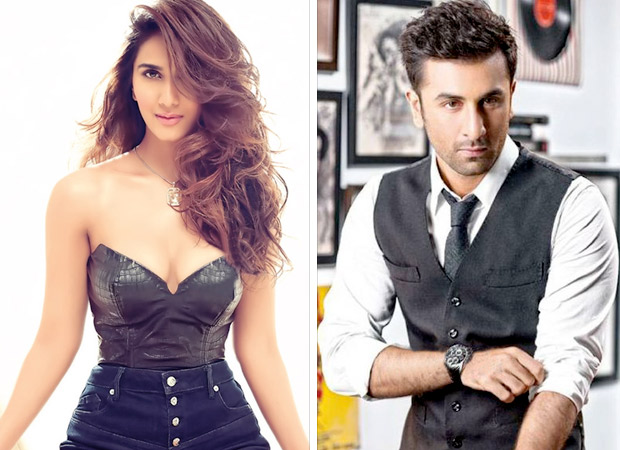 After bagging YRF's next with Hrithik Roshan and Tiger Shroff, the actress is set to star alongside Ranbir and Sanjay Dutt. The makers finally made an announcement on Monday, May 14, about Vaani Kapoor bagging another big film. Vaani was last seen in Aditya Chopra's directorial Befikre opposite Ranveer Singh.

Karan Malhotra, director of Shamshera, says, “Vaani plays Ranbir’s love interest in the film and is a very important collaborator in his character’s journey. Her character graph is interlinked to the plot of the filmmaking her a crucial catalyst in our hero’s rebellious mission.”

He adds, “Vaani is a perfect fit for the role. She is a fine actor, a fabulous dancer, and a gorgeous Hindi film heroine. We wanted someone absolutely fresh to wow audiences on the big screen and she beautifully fits that brief.”

Talking about the movie, Ranbir Kapoor earlier said, “Shamshera is exactly the film I was looking for. While growing up watching Hindi commercial cinema, I had an image of what a film hero should be doing. Shamshera allows me to do everything that I had imagined and it’s a very exciting project for me. Karan is going to take me completely out of my comfort zone and I’m looking forward to this challenge.”

Coming back to Shamshera, Ranbir Kapoor is reuniting with YRF after 9 years since Rocket Singh: Salesman of The Year. The desi, mega-action, masala entertainer will go on floors later this year and will be wrapped up by mid-2019. YRF’s high-octane, larger-than-life entertainer will have jaw-dropping action sequences and Ranbir Kapoor in a never seen before avatar. Sanjay Dutt plays the merciless nemesis of Ranbir in the project. Shamshera is set to go on floors end of this year and shooting will wrap by mid-2019.